Dr. John Lott’s recent talk in Puebla, Mexico on More Guns, Less Crime is covered by Ahora Más, National TV News from TV Azteca — we are told that it is the second most watched news program in Mexico.

The entire talk is available here.

While Lott was at Yale for a couple of years and wrote the second edition of More Guns, Less Crime while he was there, he is no longer affiliated with Yale. It isn’t clear what current connection that the TV program is drawing between Lott and Yale. 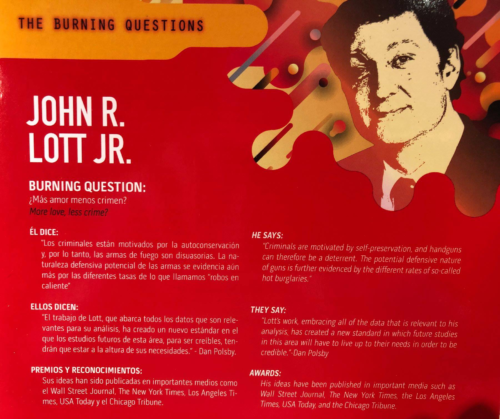