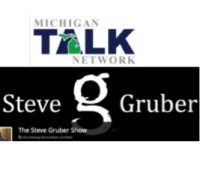 Dr. John Lott, President Crime Prevention Research Center, discusses a new gun-control bill (SB501) in Oregon. Should this bill pass, it will ban all magazines over five rounds. Ammunition purchases will be limited to twenty rounds per month. No gun that can hold more than five rounds can be grandfathered. This will essentially ban most handguns.

The benefits of law-abiding people owning and carrying handguns for self-defense are ignored by those who sign on to legislation such as this. Handguns are useful for self-defense, especially in the home. It is also very difficult to defend against an attacker should you miss and certainly difficult against multiple attackers when one only has five rounds in the gun.

Also discussed are Red Flag Laws. These types of laws try to predict who will commit a crime. There is no real due process where those accused of being dangerous have an actual trial.

On the Michigan Talk Network with Steve Gruber: Democrat election fraud and democrats aim to put gun manufacturers out of business