At Fox News: John Lott: BuzzFeed and me – The incredible thing the site’s CEO did using my name without permission

Dr. John Lott has a new piece at Fox News on the strange behavior of the founder and CEO of BuzzFeed news. Jonah Peretti would set up websites and send out massive numbers of emails using other people’s identities to either harm their businesses or to advance his political causes. (The piece was also picked up by Real Clear Politics.) His latest piece starts this way:

BuzzFeed, a popular “news” website, has once again been shamed for publishing fake allegations against Donald Trump. BuzzFeed’s anonymously sourced report claimed that President Trump ordered his former lawyer, Michael Cohen, to lie to Congress about a proposed business deal in Moscow. Supposedly, two unnamed federal law enforcement officials claimed that Special Counsel Robert Mueller’s office had the goods. They were purported to have collected emails, texts, and testimony proving the explosive claim.

The story dominated the news on Friday, with Democrats calling for Trump to be impeached. MSNBC’s “Morning Joe” opened with the announcement that this revelation was “a big one.” CNN’s “New Day” host John Berman claimed the disclosure was so dramatic he almost spilled his coffee.

But by late Friday, Special Counsel Robert Mueller’s office issued a very rare rebuke saying that BuzzFeed’s account was “not accurate.” This was hardly BuzzFeed’s first embarrassment. As Trump reminded people, “it was BuzzFeed that released the totally discredited ‘Dossier,’ paid for by Crooked Hillary Clinton and the Democrats . . .”

BuzzFeed’s culture of fake news starts at the top with founder and CEO Jonah Peretti, who has a history of knowingly spreading false information. He has used fraudulent websites and email accounts to pose as people he wished to defame. I was one of his victims.

Peretti’s first victim was MBA student Jeff Goldblatt, who had set up a dating service called the Rejection Hotline. This was inadvertently in competition with Peretti’s newly created rejectionline.com. Peretti’s sister and co-founder, Chelsea, contacted Goldblatt to gain information on his business. She “interviewed” him, under the false identity of New York-based reporter Vanessa Holmes.

Then Jonah Peretti set up the website JeffGoldblatt.com, under the pretense that it was Goldblatt’s personal website. Peretti sent out emails from me@JeffGoldblatt.com that, according to Goldblatt, “contained multiple lies about me and portrayed me as an arrogant jerk who was bragging about how I stole the idea of the New York City Rejection Line.”

Goldblatt contacted me after Peretti did the same thing to me in 2003.  In my case, Peretti set up AskJohnLott.org and used the email address john@AskJohnLott.org. Peretti’s expropriation of my name wasn’t for financial gain, but to support gun control.

Pretending to be me, Peretti sent out hundreds of thousands of emails lobbying against the proposed “Protection of Lawful Commerce in Arms Act.” This bill, which was being debated at the time (it ultimately passed in 2005), protected gun makers from abusive lawsuits that were solely designed to put them out of business with overwhelming legal fees. Peretti even purchased advertising for his fake website on Google, and the advertising promoting “my“ appeared at the very beginning of any search results on my name.

I was already relatively well-known in 2003 to those who care about the gun control debate because of my book “More Guns, Less Crime.” Peretti sent emails under my name to convince people that I had changed my mind and come out against the Act.  The emails then urged people to ask their congressmen and Senators to oppose the bill.

A number of the recipients were people I knew, and some wrote back using the John@AskJohnLott.org email address and questioned why I would have changed my mind. But Peretti continued the charade of being me in multiple email chains.

I first learned about the website from James K. Glassman, a former Washington Post columnist, who later served as U.S. Under Secretary of State for Public Diplomacy. He shared the email exchange with me that he had with Peretti’s fake John Lott.

Peretti also used my name and picture to advise people on how to violate gun control laws. Soon, I received hundreds of angry phone calls from people who were upset that I was supposedly advising them to break the law.

My emails to john@AskJohnLott.org asking who was behind the effort were ignored. The website’s registration didn’t help, as it was supposedly registered to me.

I spent money to find out who was behind these efforts.  When I contacted Peretti, he denied any involvement.  After I hired lawyers, Peretti finally included a disclaimer on the website, stating that he intended to parody me. But he still refused to take down the website down or stop sending emails.

Goldblatt didn’t have the money for a legal battle, so I included him in my case. 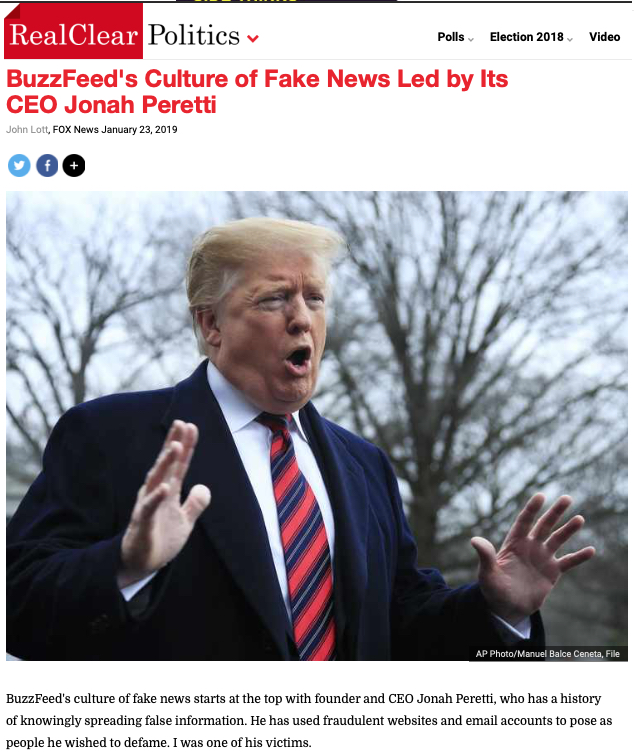 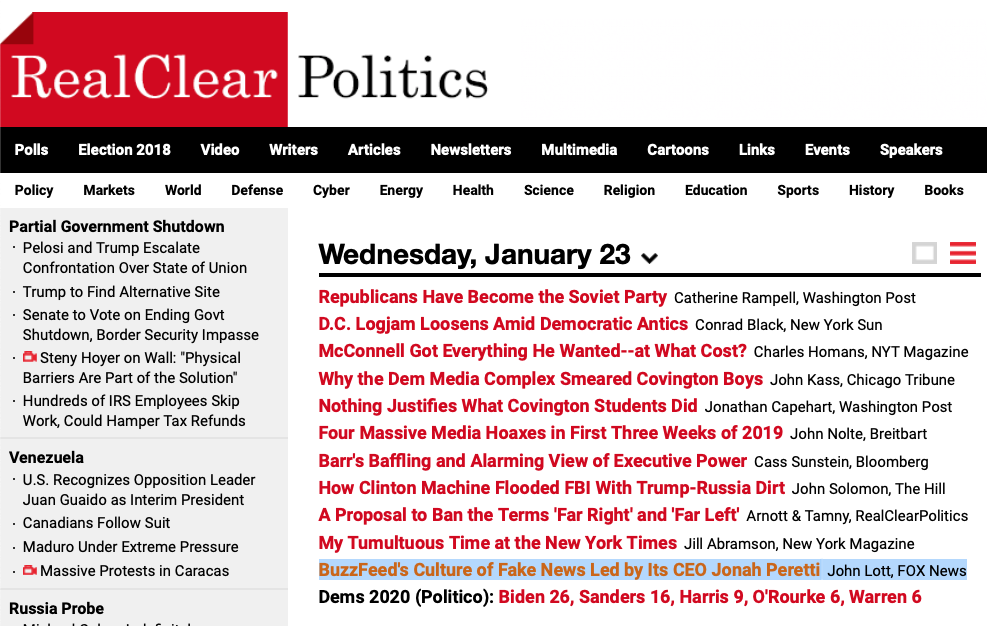