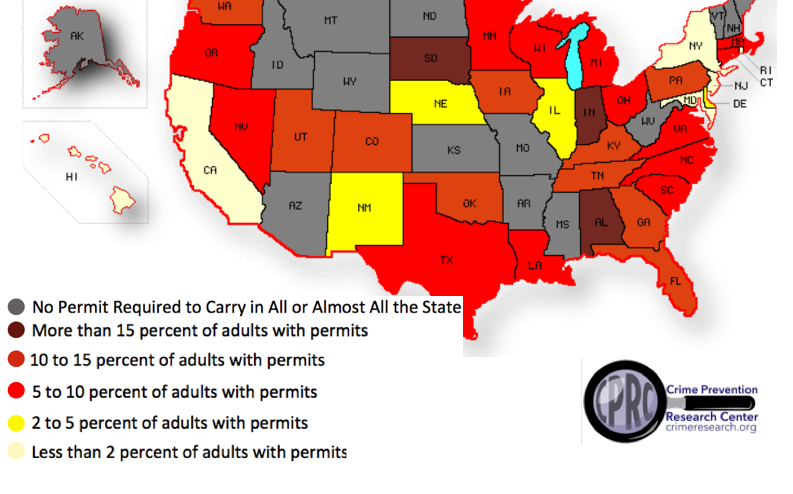 Fourteen states allow people to carry a permitted concealed handgun in all or virtually all of their state. This last year legislatures in both Oklahoma and South Dakota passed Constitutional Carry bills only to have the legislation killed by the Republican governors. But Oklahoma Gov.-elect Kevin Stitt and South Dakota Gov.-elect Kristi Noem both supported Constitutional Carry during their campaigns this year. Both states have virtually the same solidly overwhelmingly Republican legislative majorities, with Republicans holding a 39-9 majority in Oklahoma Senate and a 76-25 majority in the House. For South Dakota, Republicans hold a 30-5 majority in the state Senate and a 59-11 majority in the state House. (A comparison of the legislatures for this past year is available here.)

It seems pretty safe to assume that there will be at least sixteen states with Constitutional Carry in all or virtually all of their states by the end of 2019.