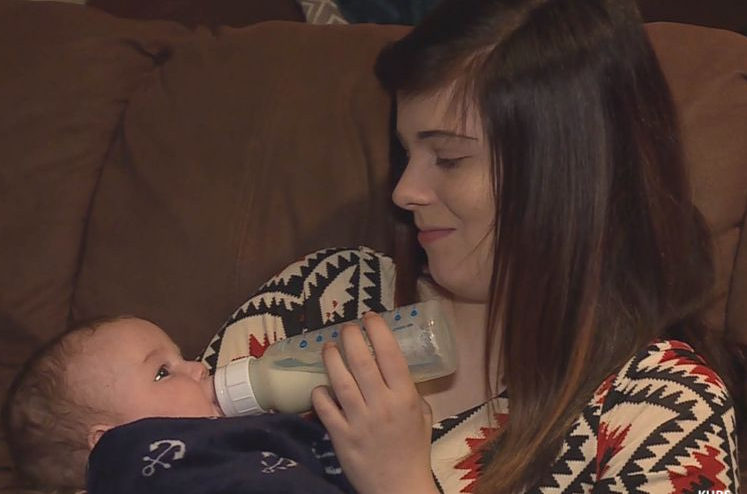 Is there a cost to banning all felons from owning guns?: Pregnant woman who killed intruder in justified shooting now faces felony gun charge due to previous marijuana conviction

People with criminal records might also need guns for protection. Indeed, in at least some states, the primary reason that people apply to get their records expunged is so that they can again own a gun. Here is a rather shocking story of a woman who saved her life and the life of her unborn baby with a gun, but who now faces criminal charges for illegally possessing a firearm because of a marijuana conviction on her record. Here is a story from ABC News:

On the afternoon of Dec. 7, Fort Smith resident Krissy Noble, 21, shot and killed Dylan Stancoff when he attacked her in her apartment, according to a press release from the Sebastian County Prosecutor’s Office. Noble was 11 weeks pregnant at the time, according to a police report from the Fort Smith Police Department. . . .

When Stancoff came back and knocked on the door a short time later, Noble opened the door, and he shoved her back inside, according to the report.

Once inside, the man tackled her and began trying to cover her mouth with his hand, which she thought smelled of chemicals, the report states. He then started hitting her in the face with his fist.

After she was able to break free, Noble grabbed a pistol off the coffee table and shot the man three times before running to her neighbor’s apartment and telling her to call 911, according to the report.

Noble told police that “she feared not only for her safety but for the safety of her baby, and felt that she had no other option in this situation, according to the report. . . .

Should a woman be denied the right to self-defense for her and her baby because she has a marijuana conviction on her record?

Despite people’s presumptions, as Kevin Marshall notes in some research, the ban on felons possessing guns is a relatively recent development. From the abstract to his paper titled: “Why Can’t Martha Stewart Have a Gun?”

This federal prohibition is not “longstanding.” It dates from 1968. The preceding federal disability was narrower, and even that dates only from 1938. Moreover, bans on convicts possessing firearms were unknown among the States before World War I, and neither the common law nor the English arms right at the time of the Founding supports current federal law. But the historical evidence, taken together with the development of the Uniform Firearms Act in the 1920s, does support restrictions on the Second Amendment rights of someone convicted of a “crime of violence.” That term, which the UFA developed and Congress borrowed in the 1930s and employed in the Federal Firearms Act until 1961, designates a crime ordinarily committed with the aid of firearms.

In the past, we have pointed to real problems with background checks regarding false positives as well as their costs, but this example illustrates yet another problem even when they do work as intended.

Democrats passionately argue that people who have committed murder or multiple rapes should be allowed to vote once they are released from prison (though some contend that violent felons should be able to vote even while they are in prison) because they have paid their debt to society. One could claim that someone who has raped multiple women has conveyed information to us on the type of values they have. But Democrats have refused to differentiate violent felons from others in pushing to restore the right to vote. Presumably, someone who has committed a violent crime also tells us something about the risk of them having a gun. But does that argument apply to someone who has used marijuana? To someone who has committed a non-violent felony? People with prior criminal records tend to be poor and presumably tend to live in less desirable neighborhoods where being able to protect themselves and their families could be very important. Why should these individuals be denied from owning a gun for protection?