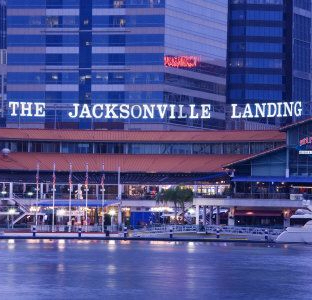 Another horrible tragedy in Florida with two people killed in yet another gun-free zone where general citizens were banned from having guns for protection.

A gunman from Baltimore opened fire during a video game tournament Sunday afternoon inside Chicago Pizza at the Jacksonville Landing, killing two and injuring a dozen others before taking his own life, Sheriff Mike Williams announced.

Williams tentatively identified the shooter as 24-year-old David Katz. His body was among three bodies police found when they responded to reports of gunfire at the Landing at 1:34 p.m. Nine victims were transported to area hospitals, seven with gunshot wounds. Two additional victims showed up at hospitals with gunshot wounds. Memorial Hospital released a statement early Monday morning saying a fourth victim was treated at the hospital and released Sunday. The other three victims at Memorial are in good condition. . . . .

The Jacksonville Landing “Rules of Conduct” ban permitted concealed handguns on their grounds: “Possession of a weapon, even if legally carried (except by law enforcement officers) is absolutely prohibited on Landing property.”

Don’t expect the media to report this. Is there a chance that there will be a move towards getting rid of these gun-free zones.

Here is a list of mass public shootings that were stopped by concealed handgun permit holders. 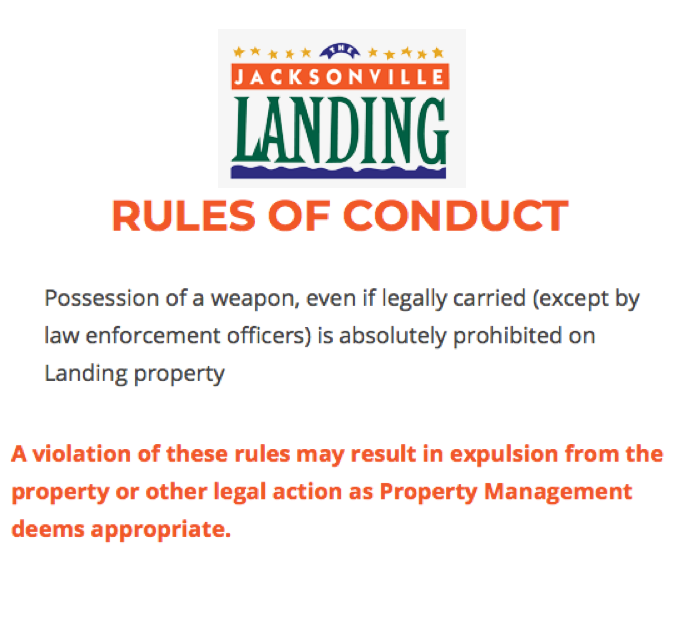