Dr. John Lott has a major piece up at Fox News where he explains how a new Trump Administration agreement means “This Marks the End of Gun Control.” The piece starts this way:

The federal government has finally recognized the obvious – that sharing instructions on how to make guns with 3D printers counts as constitutionally protected speech. Despite little fanfare, this is an important victory for First Amendment rights. It also represents a real blow to the increasingly futile cause of gun control.

The U.S. Justice Department announced a legal settlement and its surrender to the First Amendment arguments July 10 made in a case brought by Cody Wilson, founder of Defense Distributed. Wilson, 25, created a ruckus in May 2013 when he announced his successful design of a plastic gun. In just two days, 100,000 copies of the handgun blueprint were downloaded from Wilson’s website.

People are going to download these files whether they’re legal or not. As we’ve seen with movies, file sharing is unstoppable. The most pirated TV program in 2017 was the seventh season of “Game of Thrones,” with well over 10 million illegal downloads in most weeks.

Within days of the gun file being uploaded, the Obama State Department served Wilson with a letter threatening criminal prosecution for violating federal export controls. Wilson immediately complied with the order, but there was no way to stop further downloading.

Within a week of the initial uploading, the file could be downloaded on the Internet from over 4,000 different computers around the world.

The Justice Department’s recent settlement with Wilson is very favorable to him, allowing Wilson to provide the printing instructions “for public release (meaning unlimited distribution) in any form.” The government also compensated $40,000 of Wilson’s legal costs.

Someone has just as much right to release the instructions in a computer file as in a book or newspaper article. The groups that submitted arguments on Wilson’s behalf were ideologically diverse, ranging from conservative self-defense advocacy groups to the Reporters’ Committee for Freedom of the Press and Electronic Frontier Foundation.

Anyone with access to a metal 3D printer can make guns functionally and aesthetically indistinguishable from any gun that can be bought in a store. Such metal printers are available for less than $2,000.

How the government will stop people from obtaining these printers isn’t exactly obvious. Proposals to require background checks, mandatory serial numbers and even a registration process for printers are easily defeated. Even if printers are registered with the government, what is going to stop gangs from stealing them? And the designs for making your own printer have been available on the Internet for years.

3D printers make the already extremely difficult job of controlling access to guns practically impossible. The government is not going to be able to ban guns, and limits on the size of bullet magazines will be even more laughable than before. Many parts of a gun can be made on very inexpensive, plastic 3D printers or even from simple machine tools. . . . 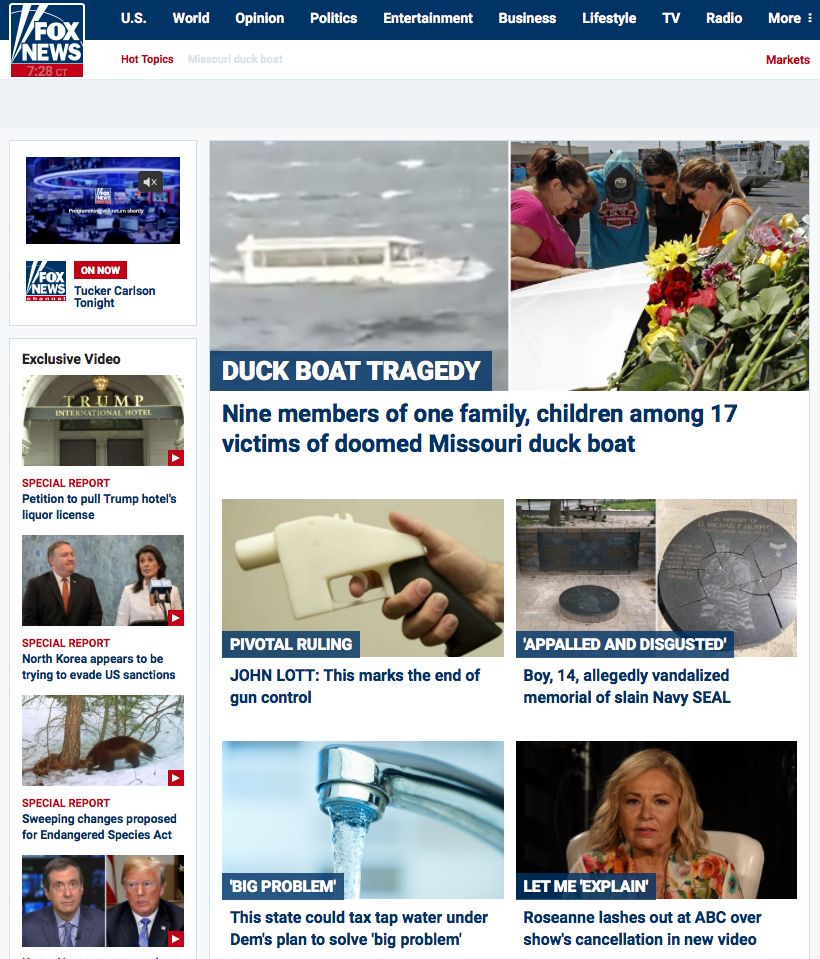 Not surprisingly Democrats are very upset by this, but they are unwilling to recognize that gun control has already lost the battle. Senator Chuck Schumer warned:

“I am sounding an alarm that come Aug. 1, America is going to get a lot less safe when it comes to the gut-wrenching epidemic of gun violence. Ghost guns are not only scary, they’re outright dangerous in the way they can mimic the look and the capacity of a hardened, fully semiautomatic weapon.” . . .

Schumer, the Senate Democratic leader, called on the Trump administration not to go through with finalizing the settlement this week.

If they do go ahead, he’ll try to get legislation through Congress to block the blueprints.

“This decision to allow ghost gun blueprints to go unchecked across the internet will come back to haunt the feds and cost lives,” he said. “That is why Congress must take aim at stopping these websites before the damage is done.” . . .

Various gun control groups had also tried to stop the agreement in court.

A federal judge in Austin has denied a motion from three gun control groups seeking a temporary restraining order and preliminary injunction to stop a gun rights activist from publishing downloadable blueprints online that can be used to manufacture 3D-printed guns.

The Brady Campaign to Prevent Gun Violence, Everytown for Gun Safety Action Fund, Inc. and the Giffords Law Center filed a motion for an emergency hearing on Wednesday as a last-minute effort to stop Cody Wilson and his Austin-based nonprofit, Defense Distributed, from publishing the weapon schematics, court documents say.

The gun control groups argued that the creation of “untraceable and undetectable weapons” would threaten national security.

“Once these files are published on the internet, United States national security and its citizens will be irreparably harmed,” the groups argued in their Wednesday filing.

Wilson initially posted the plans for a 3D-printed handgun in 2013, but federal authorities ordered him to take them down. He complied but sued the federal government two years later. . . .