At Fox News: Here’s the real reason Democrats are so scared about Kavanaugh joining the Supreme Court

Dr. John Lott has a piece up at Fox News where he explains why Democrats are afraid of Judge Brett Kavanaugh being confirmed to the U.S. Supreme Court. The piece starts this way:

Democrats are getting hysterical about the prospect of Judge Brett Kavanaugh being seated on the Supreme Court. Most of their hyperventilating is nonsense.

In a desperate attempt to block Kavanaugh’s confirmation by the Senate, the Democrats are making wild claims that abortion would be banned, people would be dying in the streets, and the president would gain immunity from investigation and prosecution if Kavanaugh joins the nation’s highest court.

Time for a reality check. Let’s all take a deep breath and look at the facts about the judge who President Trump has nominated to replace retiring Supreme Court Justice Anthony Kennedy.

Kavanaugh currently serves on the U.S. Circuit Court of Appeals for the District of Columbia. He’s not some right-wing extremist who would run wild – like the proverbial bull in the china shop – overturning legal precedents, despite what the Democrats claim.

Kavanaugh is dedicated to judging cases based on the evidence and dedicated to following the Constitution as it is written. He is a firm opponent of legislating from the bench to support his ideological views.

Lower court judges are supposed to follow Supreme Court precedent, whether or not they personally agree with the decision. When judges ignore precedent, it is easy to infer that they are acting on their own political biases.

However, Kavanaugh has been a consistent follower of precedent while he has been on the D.C. Circuit Court. The appellate court is widely acknowledged to be the nation’s second highest court, just below the Supreme Court.

While the Supreme Court can overrule its own precedent, Kavanaugh has co-authored a hefty 942-page book on precedent, titled “Law of Judicial Precedent.” The book seeks to formerly describe rules when courts should follow precedent, and it makes clear that jettisoning precedent is not something that Kavanaugh takes lightly.

For those on the left who insist that Kavanaugh is dangerous because he supposedly won’t follow precedent when it comes to Roe v Wade – the 1973 Supreme Court decision that legalized abortion nationwide – it seems clear that his critics haven’t read the book he co-authored on precedent.

Two days later it was on Fox News’ front page. 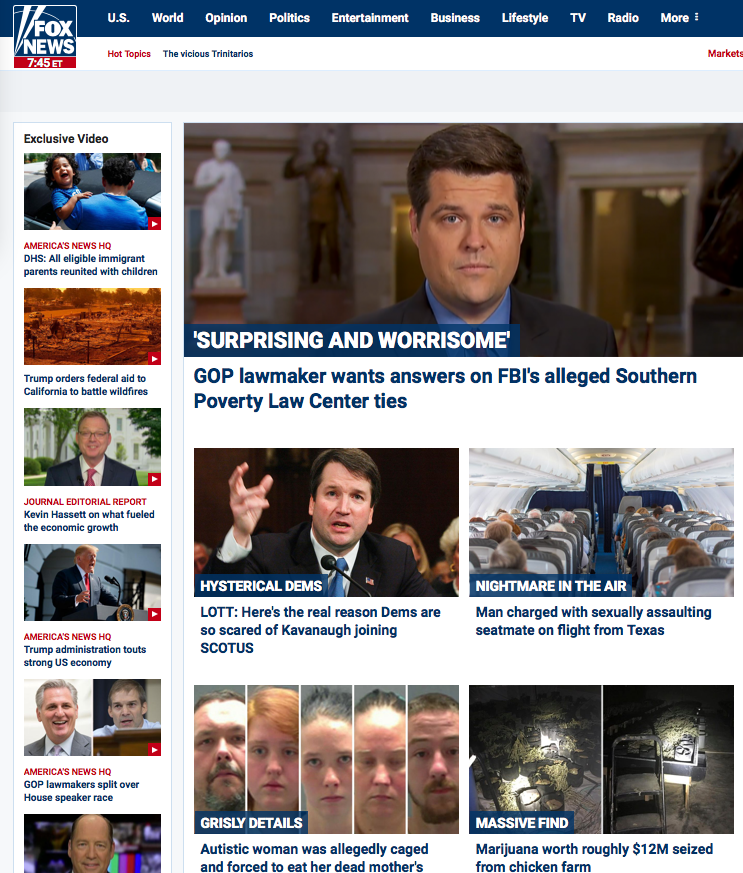