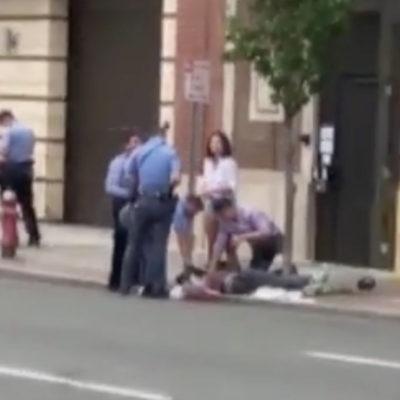 . . . Jonathan Tyrone Peace, 28, has been charged with common law robbery in connection with the incident Thursday in the 300 block of South Blount Street around 3 p.m., police said. He suffered a gunshot wound to the chest and was rushed for medical treatment to WakeMed. . . .

Police said Morgen Matthews, 23, was walking on South Blount Street when Peace tried to rob her. She fired her weapon to stop him from attacking her, police said. She remained on the scene until police arrived, authorities said. . . .

The caller said the woman was “violently accosted” before she fired the gun. . . . 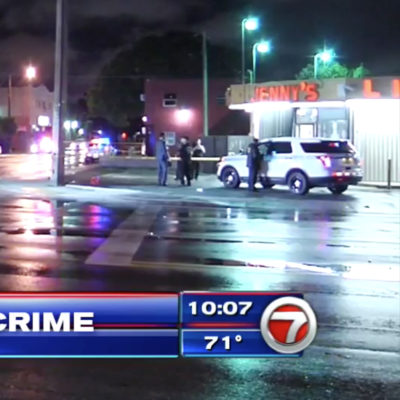 Police said the suspect, identified as 24-year-old Francisco Martinez Jr., was found with gunshot wounds to the chest.

Willie, an area resident, said he heard gunfire. “I started to walk all the way to the corner right here, and that’s when I started hearing the shooting, ‘pow, pow, pow, pow,’” he said.

Willie said he then witnessed part of the ensuing confrontation. “I started to see them struggling with each other in the cars. Then they start shooting at each other,” he said.

Police said Martinez took off after he was shot in the chest. Moments later, he slammed his car into a fence. . . . 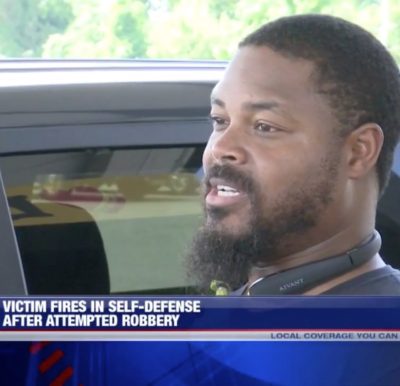 An attempted robbery was stopped by the victim after he pulled out his gun in defense.

It happened on the 3700 block of Lamar close to Knight Arnold near Oakhaven. 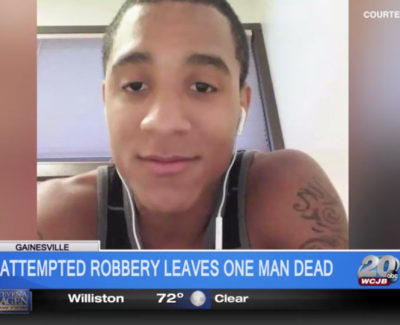 Officers say the victim was coming home from a movie theater with family members, and while they were parked Arkeem Bennett approached them with a handgun in an attempt to rob them.

The victim who holds a concealed carry permit took out his gun and shot at Arkeem in self-defense, one of the bullets struck Arkeem but he was able to get away in his car with another person driving. . . .

His mother says he didn’t deserve to be killed.

On Sunday, May 6, 2018, at approximately 6:36 PM, Worcester Police responded to Seymour Street for a report of a fight involving a gun. Upon the officers arrival they met with a 47-year-old male and a 48-year-old female.

The officers were told by the couple that they were on their way home when they observed a 29-year-old female being held at gunpoint by a male, later identified as Jeremy Cintron, 20-years-old of 21 Fairfax Road. The robbery was in the area of Sterling and Seymour Streets. Fearing for the female’s safety, the citizen produced his own hand gun that he legally possessed and pointed it at Mr. Cintron. The citizen yelled at him to drop his weapon. At this time Mr. Cintron turned and pointed the weapon at the citizen and began walking towards him. The citizen yelled out several more times to drop the weapon and finally Mr. Cintron complied. The citizen ordered Mr. Cintron to the ground. Once on the ground the citizen placed a knee on his back in an effort to hold him down while the girlfriend called police. The citizen was able to slide Mr. Cintron’s weapon further away from the two in an effort to keep a safe distance. . . . 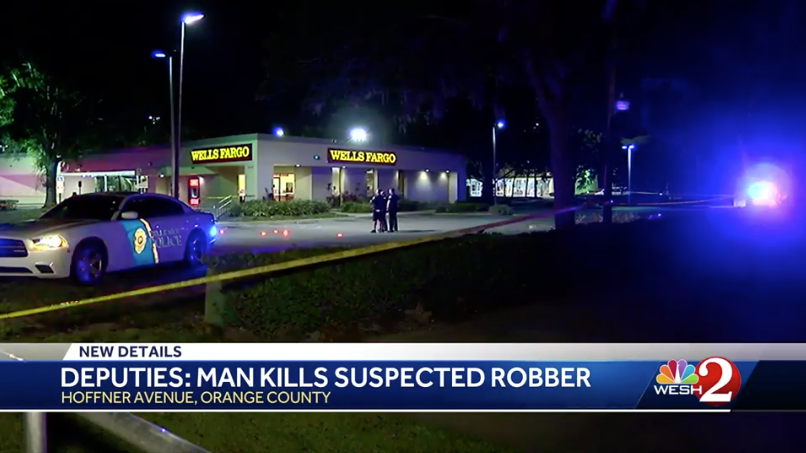 The shooting happened a little after 2:30 a.m. at a Wells Fargo on Hoffner Avenue, near South Conway Road, officials said.

Officials with the Orange County Sheriff’s Office said a man in his 60s was at the ATM when 27-year-old Carlos Medina attempted to rob him at gunpoint.

The man pulled out a gun of his own and fired at Medina, investigators said. The robbery victim had a valid concealed weapons permit, deputies said. . . . 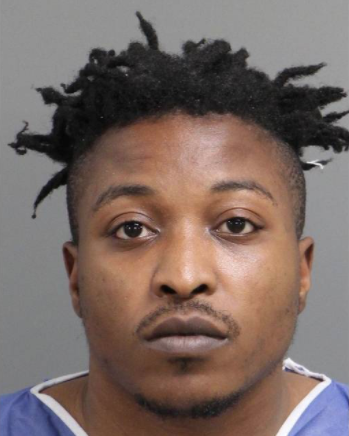 A woman who shot a man during a daylight robbery in downtown Raleigh last week has been cleared of any wrongdoing, and an arrest warrant for the man says he pushed her, kicked her, pulled her hair and took her phone before a bullet from her gun stopped him.

An investigation cleared Matthews, who records say lives in Durham, of any wrongdoing, police spokeswoman Laura Hourigan said Wednesday. Matthews had a permit to carry the gun, which has not been described, and got it recently, a friend said. . . . . 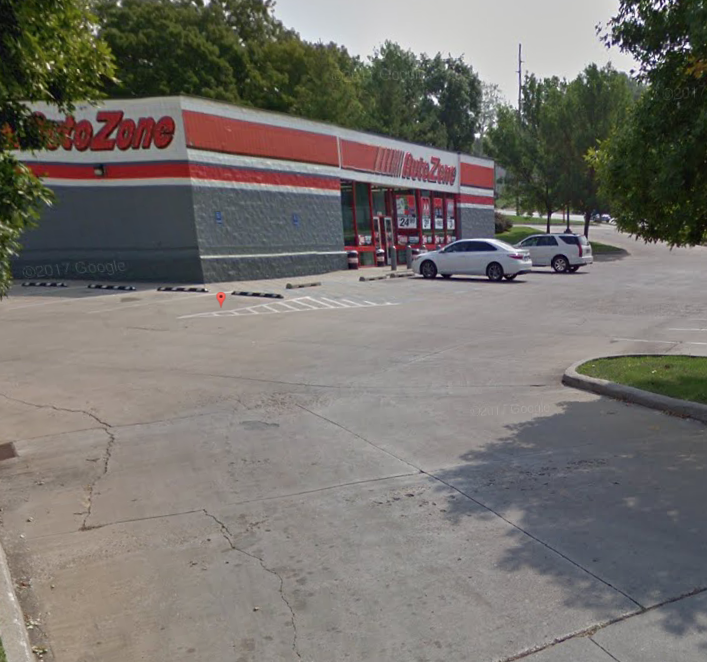 Officers were called at about 1:25 p.m. to a crash at the AutoZone at Hickman Road and Martin Luther King Jr. Parkway in the city’s Prospect Park neighborhood, police said. A man who was driving recklessly crashed his car there, jumped out and tried to steal a vehicle at the AutoZone, Des Moines police Sgt. Paul Parizek said.

A witness grabbed the keys and held the suspect down until police arrived, Parizek said.

At the scene, Des Moines police Sgt. Bob Crouse told KCCI that one of the witnesses, who had a permit to carry, pulled a gun on the man before he was detained.

“He drew down on the guy, which got his attention, and two other witnesses grabbed him and pulled him out of the vehicle,” Crouse told the television station. . . . 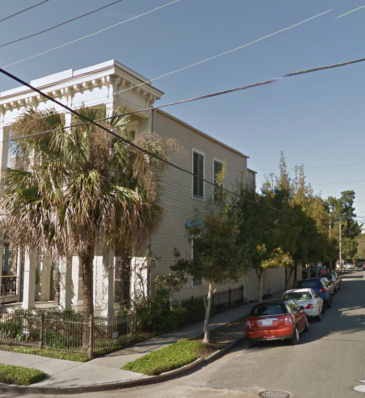 A woman who got into her vehicle on St. Mary Street early Saturday morning was beaten and robbed by an attacker who was already inside, but she fired a shot at him after he took her bag, New Orleans police said. 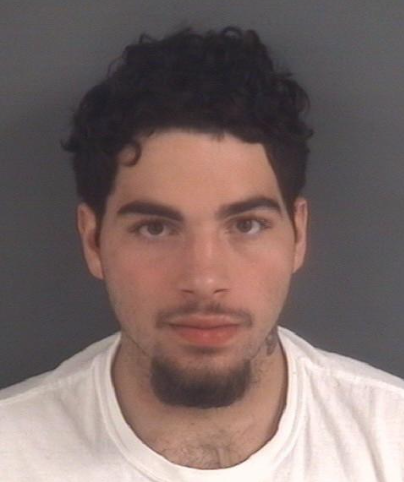 Two masked robbers went into the Five Star BP near Interstate 95 about 9:50 p.m. The clerk, identified as Bassam Albareti, 29, “equipped himself with his own firearm” and fired toward the robbers, striking one of them, police said. The pair then left the store. . . . 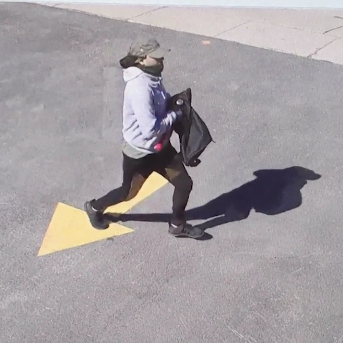 The clerk was “obviously defending himself” when he fatally shot the man Thursday, Bountiful Police Lt. Dave Edwards said after officers reviewed video footage from the store. The other suspect is still on the run.

The pair is also wanted in connection with a string of robberies in Oklahoma and in Texas, including one at a MetroPCS store, Edwards said.

“We’re very lucky we don’t have a store clerk who was killed or injured today,” he said. . . . 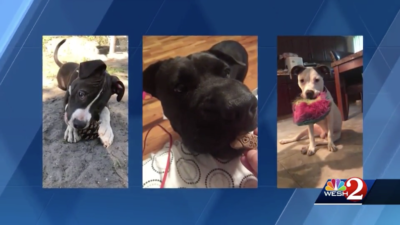 Hours after the 911 call was made, Long told WESH 2 News she was on a walk with the Shepherd, LT, and her son’s chihuahua mix, Tinkerbell, when her neighbor came out to speak with her.

That’s when she said her neighbor’s daughter’s dogs charged.

“She grabbed Tinkerbell and went right up the fence, and I was trying to beat them off of LT. They had him on the ground. They were biting his neck and everything,” Long said. “My husband came out and shot them. I had to run up and get him and we had to kill them. He killed them.”

LT is on medication and is expected to recover. . . .

← On Houston's Giant 50,000-watt KTRH about media's distorted bias against guns in network television shows On the Michigan Talk Network about how television shows provide an inaccurate and biased portrayal of gun ownership →