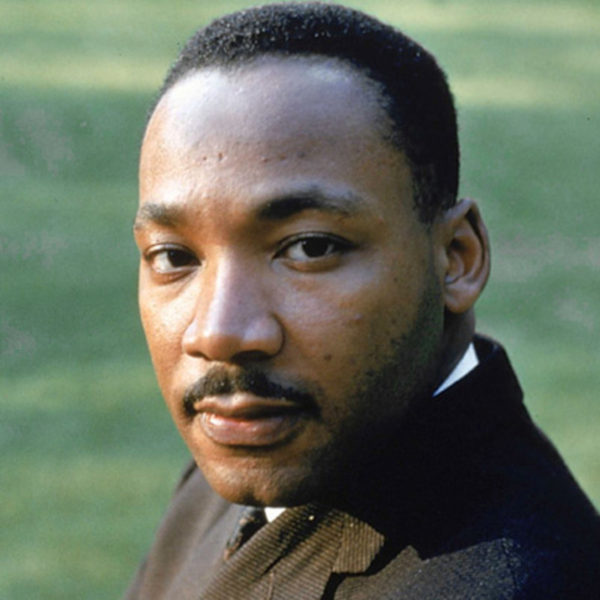 Martin Luther King Jr is probably one of the more famous cases where someone who received numerous death threats was denied getting a permitted concealed handgun for protection.  Below is a list of similar cases where people who have their lives threatened have been prevented by government officials to defend themselves with a gun.

Most cases of people who have had death threats who were denied a permitted concealed handgun permit are unlikely to get much attention, but here are some that we were able to find.

The video below gives a case from 2013 where Fox News’ John Stossel, despite clearly documenting many death threats, was denied getting a permit.

Here are other examples:

One recent application with the San Francisco Police Department turned Mirkarimi’s hypothetical stalking scenario into reality. A self-employed certified notary public noted that she had a criminal protective order and feared for her safety.

“I am basically on my own in this situation,” she wrote in a detailed letter to the police department. “I can’t keep hiding to avoid these people. I have a life to lead and a business to run.”

Her application still is pending nearly nine months after it was submitted, a spokesman for the department confirmed. . . .

While a nine-month delay while one is being threatened by a stalker, we can find no record indicating that she ever received a permit.

A corrections officer in San Francisco

Some detailed specific threats, such as the corrections officer who, having been denied a permit by the sheriff’s department twice before, applied again in October 2013. This time, he included a supplemental report signed by an investigator at the San Mateo County Sheriff’s Office in Redwood City, where he worked. The investigator found no “reason that would preclude” him from being issued a permit and referenced as supporting evidence an incident involving an inmate who threatened the applicant, telling him, “I’m going to hunt you down, and I’m going to fuck your wife and kill her in front of you before I kill you.”

None were allowed to carry a concealed handgun. . . .

Take the former Del Norte County deputy district attorney, for example, who wrote in his application that some of the people he helped put behind bars as a prosecutor might seek him out once they are released from prison.

“There is no way to know if they are armed. … I wish to be able to protect myself and my family should one of these defendants … try to kill or physically harm us because of my service as a prosecutor,” he said. . . .

He was denied a permit.

Israel Albert Almeida in 2015 in New Jersey.  From the New Jersey Herald:

Almeida said his need is that he manages buildings in Essex County, specifically Newark and Irvington, and has been the subject of death threats and an attempted carjacking.

“I carry large amounts of cash, and people around there know that,” Almeida said. “The areas I enter are very high crime. I face that every single day.”

Almeida said his final straw — which served as the catalyst to apply for a carry permit — was when a tenant’s live-in boyfriend threatened to kill him.

A police report of the incident filed by Almeida quotes the man as saying, “I’m going to put a cap in your head,” and “I will get you on a dead-end street where the police don’t come around and no one will see it.” . . .

the state of New Jersey has denied him even though he has had multiple death threats. . . . Stephens, who legally owned a firearm in California, was told by officials with the Englewood, New Jersey police department that he could not bring his gun to the Garden State without a permit. Six months after filing for a permit through the agency, he was denied with officials citing he did not have a “justifiable need” to own a gun. This led Stephens to file a case in a local court seeking to overturn the denial, which was dismissed in March 2014. . . .

Here are a couple more cases from New Jersey in 2015

However, what passes for “justifiable” in New Jersey is anything but consistent. For instance, Carol Bowne of Berlin, NJ, had been waiting on her application for more than 60 days when she was stabbed to death in 2015 by an ex-boyfriend. She had obtained a restraining order and applied for the permit to guard against him. That same year, Lt. Col. Terry Russell made the news for being denied a permit. Russell works at the Picatinny Armory and applied for a concealed carry permit as military personnel and especially personnel that work at highly sensitive areas (like the Picatinny Armory) are at higher risk of terrorist attacks. . . .

More on the Army Lt. Col., who was dealing with terror threats and still denied a concealed handgun permit, is available here.

Sean McCarthy, who the suit says was a key witness against the Pagans, claims he wants the permit because he fears retaliation.

“[Corrections Officers] Robert Smith, Ronald DuBerry, Harold Bennette and Maurice Curtis all said they regularly received threats from inmates they once guarded, their applications for concealed-carry licenses were denied.”

This case is especially troubling because not only were these individual regularly receiving death threats, they were retired law enforcement officers who were covered under LEOSA and should have been able to carry simply because they had served in law enforcement for more than 10 years.

Some “may issue” states such as Maryland and Hawaii make it impossible or practically impossible to get a permit to carry despite receiving death threats.  For example, in Maryland, here is the standard:

There must be documented evidence of recent threats, robberies, and/or assaults, supported by official police reports or notarized statements from witnesses.

In the case of Hawaii, permits haven’t been issued since at least 2006.  That implies that either no one has faced a death threat and desired to protect themselves with a concealed handgun, or they did face such threats, but no permits were issued.