At the Wall Street Journal: Congressman, Defend Thyself: Many lawmakers have gun permits,but we can’t use them in DC 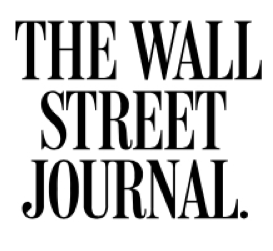 Dr. John Lott co-authored this piece with Congressmen Tom Massie (R-KY), though the Wall Street Journal thought that since this was an attack on congressmen it made more sense if Massie’s name alone was on it.  The article began this way:

When Republican lawmakers came under fire during a June 14 baseball practice in Virginia, they were trapped by a tall fence with one exit. Thanks to armed officers guarding House Majority Whip Steve Scalise, only five people were wounded.

But although members of the congressional leadership are provided security details, the rest of us have to count on luck. “When congressmen and senators are off the Capitol Hill campus, we are still high-profile targets, but we have zero protection,” Rep. Mo Brooks of Alabama told John Lott of the Crime Prevention Research Center.

Mr. Lott, who worked with me on this article, and I have talked to some of the congressmen and staffers who were there during the attack. They uniformly want to change the District of Columbia’s gun-control laws.

Rep. Steve Pearce of New Mexico described to me how a security officer’s shots put the attacker into a defensive position, causing him to come out from behind a wall to fire before taking cover again. Had the attacker “taken even six steps forward,” Mr. Pearce said, he would have seen several exposed people concealed from his line of sight.

At least five congressmen at the baseball practice have concealed handgun permits in their home states. At least one aide also has a permit. Others may be reluctant to announce publicly that they do, since part of the benefit of carrying a concealed weapon is that potential attackers do not know who is armed. That’s why uniformed police have an almost impossible job stopping terrorist attacks. A uniform is like a neon sign flashing: “I have a gun. Shoot me first.”

An aide says that when Rep. Barry Loudermilk is speaking at public events in his district, “they always have someone with the congressman who is carrying.” Likewise, when I’m home in Kentucky, my staff and I carry weapons.

But the District of Columbia’s gun regulations meant no one had a permitted, concealed handgun at the congressional baseball practice. Virginia, where the attack occurred, honors permits from any other state. But as Mr. Brooks explained: “My residence is in the District of Columbia, which means that it would have been illegal for me to take my weapon with me to the ballpark—about a 9-mile bike ride—and it would have also been illegal for me to come from Virginia back into D.C. with my weapon.” . . .

← On the Steve Gruber Show to discuss the Alexandria shooting's implications for concealed-carry reciprocity On the One America News Network: Legislation would allow members of Congress to arm themselves →