Milwaukee police union president talks about how law-abiding permit holders are: police have not arrested “even one” 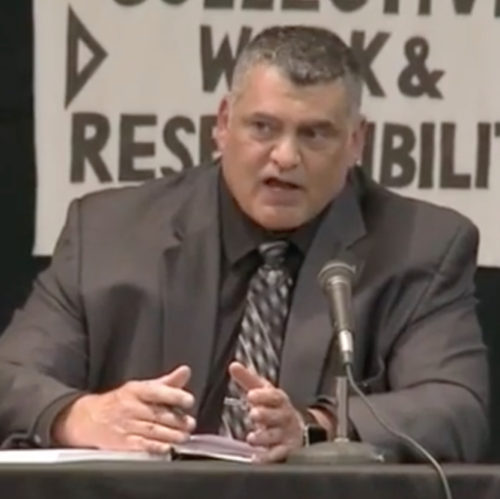 “I have never had a conversation with you, chief, relative to you displaying that we are arresting an overwhelming amount of people, or even one person, who’s committed a crime while carrying a CCW (permit,),” said Mike Crivello, president of the Milwaukee Police Association, the police union.

It isn’t as if Milwaukee hasn’t had much experience with the law.  Wisconsin’s concealed weapons law took effect on November 1, 2011.

Data on revocations of concealed handgun permits for any reason is shown here (open in new tab to enlarge). 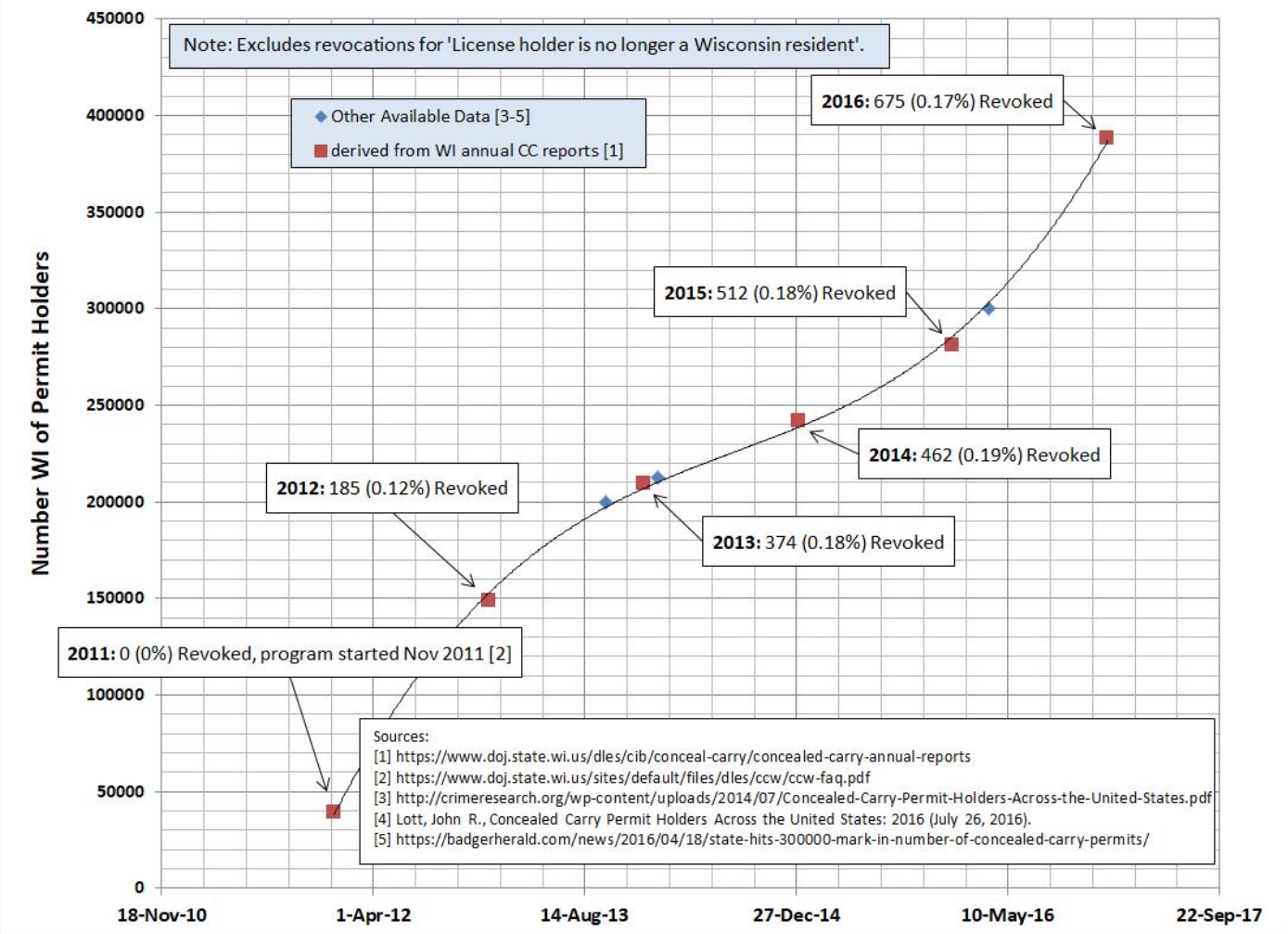