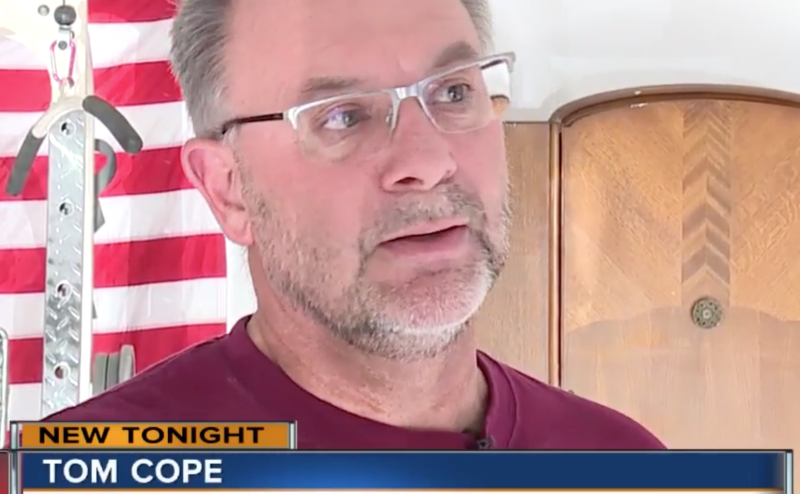 . . .  A pit bull was shot and killed Saturday when a man walking his dogs, Tom Cope, jumped into action to protect his beloved pets.

“If I didn’t intervene, my dog would die,” Cope said.

He says he was taking his two dogs, Sergeant and Cotton, for their morning walk when the pit bull approached Sergeant, a German shepherd, in what looked like an attack mode. 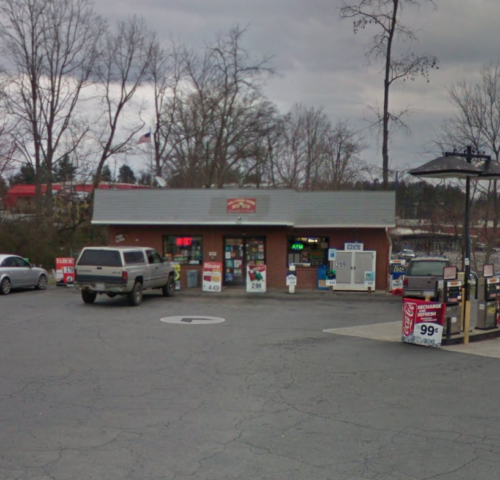 A convenience store owner tells News 13 that a customer shot the suspect in an armed robbery Friday night in West Asheville. The suspect is still in the hospital, the store owner said.

Police say there are active warrants out for a juvenile after the robbery. . . .

Two men, one of whom was shot, have been charged after a carjacking turned violent and the victim opened fire Wednesday morning in the West Elsdon neighborhood on the Southwest Side.

Guillermo Parada, 25, and 22-year-old John Zuniga have both been charged with robbery while armed with a firearm, according to Chicago Police. Parada also faces one count of aggravated unlawful use of a weapon.

At 11:32 a.m. Wednesday, a 29-year-old man was standing outside his vehicle in the 5300 block of South Pulaski when he was approached by two males who demanded his keys, police said at the time. One of the males was armed with a handgun.

The victim, who has a valid concealed carry license, pulled out a weapon and fired, striking one of the suspects, police said. . . . 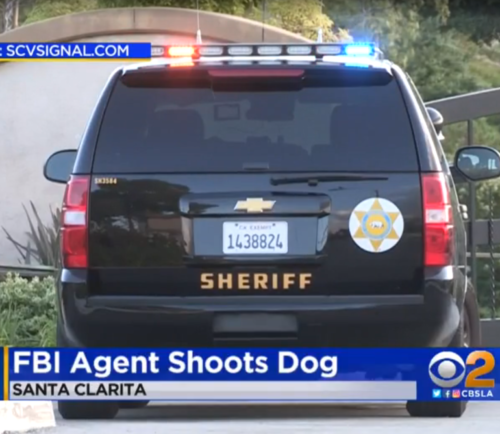 The agent was walking his dog on a leash when the unleashed pit bull attacked his dog, sheriff’s Lt. Chuck Becerra said. There was no crime suspected in the shooting, but an investigation is customary whenever an agent uses his or her gun.

The shooting was reported at 5:38 a.m. Friday in the area of Piazza Di Sarro and Sierra Highway, Becerra said.

The agent tried to pull his dog away, but the attack continued so he pulled out his gun and fired one shot at the pit bull, killing it, he said. . . . 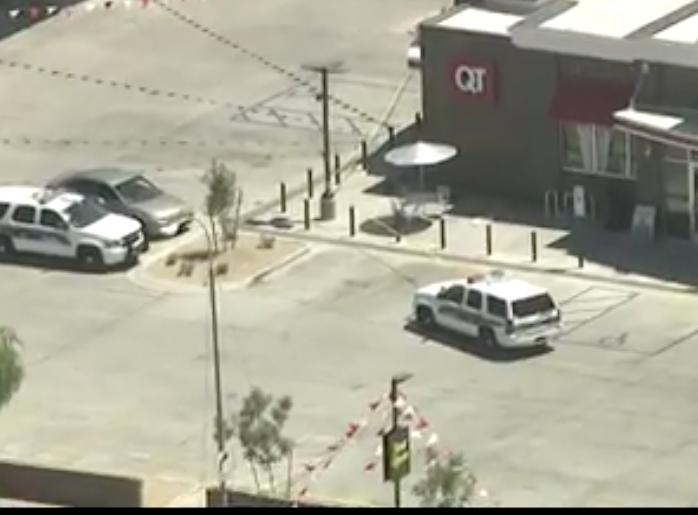 Phoenix have identified a man fatally shot inside a gasoline station bathroom as 42-year-old Mario Ramos.

Sgt. Mercedes Fortune says the Thursday afternoon incident of a QuikTrip at Camelback Road and 27th Avenue remains under investigation.

Fortune says witnesses reported seeing and hearing a fight between two men in the bathroom.

As the two were fighting in the bathroom, police say one man shot the other.

Police say the alleged shooter told officers that the other man was physically assaulting him and he fired in self-defense. . . . 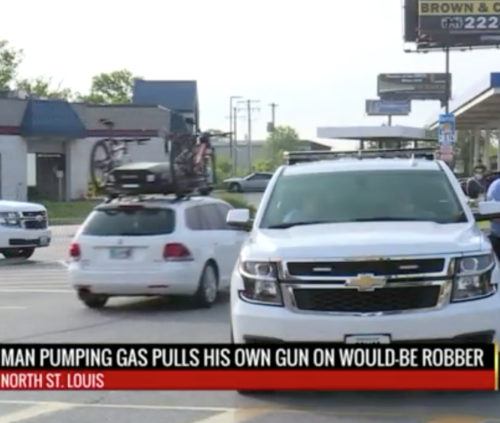 A man pumping gas Wednesday morning turned the tables on a would-be robber who may be tied to a string of other crimes.

Police say the man was at the Phillips 66 station at 4500 North Broadway about 7 a.m. when a dark-colored car pulled up. A man jumped out of the passenger seat and tried to rob the victim.

But the victim had his own gun and pulled it on the would-be robber, shooting him in the buttocks. . . . .

The victim was not hurt, police say. He had a permit to carry a concealed weapon. , , , , 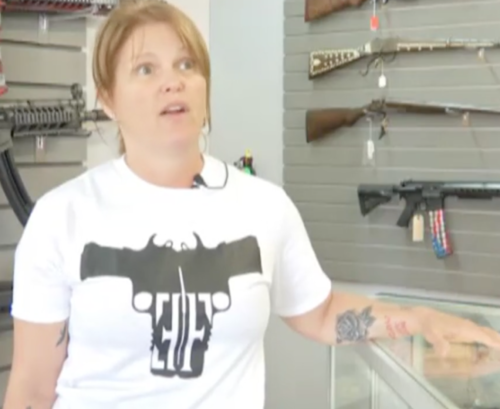 A woman wounded a man in shooting in the parking lot outside the Sears at Dayton Mall Monday afternoon.

Here are the latest updates:

Boudreau, of Michigan, is the person she shot during what the police investigation has determined was a case of self-defense. He was treated at Kettering Medical Center for two gunshot wounds to his left leg. . . . 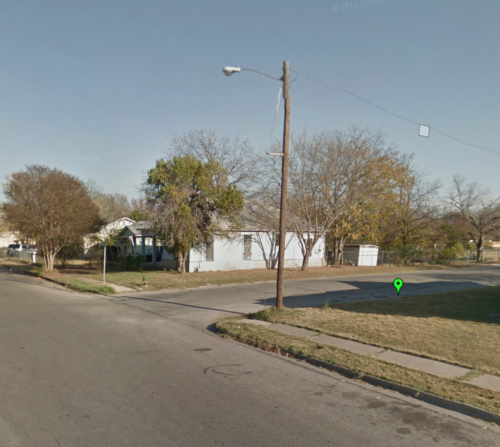 A 23-year-old man was riding a skateboard in the 2000 block of Reuter Avenue with his dog on a leash when the pit bull got out of a nearby yard and attacked the man’s dog at about 12:30 p.m., Swanton said. The dog suffered several bites to its neck and face.

“The pit bull then turned his attack to the 23-year-old skateboarder, who drew his concealed-carry pistol and fired a round, striking the pit bull and killing it,” Swanton said. “(The man’s dog) survived the initial attack.” . . . . 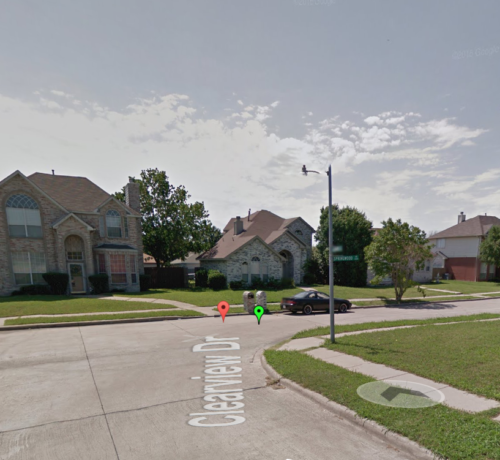 The driver told police he was in the 1400 block of Springwood Drive near Mesquite Metropolitan Airport about 11:20 p.m. to deliver a  pizza when two teenagers confronted him, police spokesman Lt. Brian Parrish said

One of the robbers shot a handgun at the driver, who returned fire as they fled, Parrish said.

The driver shot one of the 16-year-olds, who was found nearby and later died. He was identified by the Dallas County medical examiner’s office as Wayne Osborne.

The other 16-year-old was arrested on an aggravated robbery charge. . . . 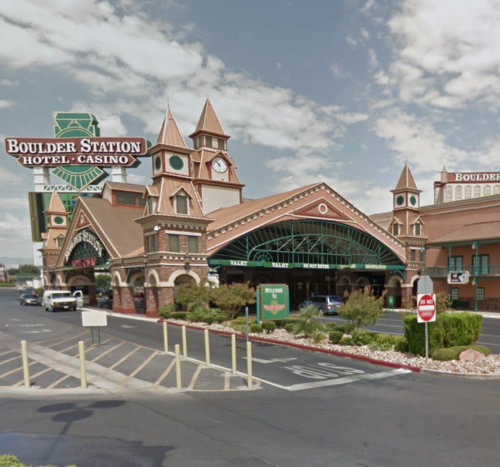 A man was meeting with a prospective buyer about 10 p.m. in the parking lot of the casino-hotel, 4111 Boulder Highway, but decided to call off the transaction when several other people showed up, Metropolitan Police Department spokeswoman Laura Meltzer said.

When one of the parties pointed a gun and attempted to rob him, the ring seller told police he pulled out his own gun and fired a shot in self-defense. The robber and several other people fled, but no one was injured, Meltzer said.

The ring seller had a permit to carry a concealed weapon, Metro Lt. Chris Holmes said. . . . 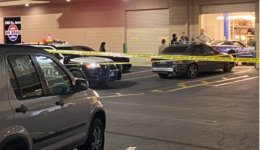 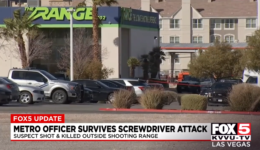