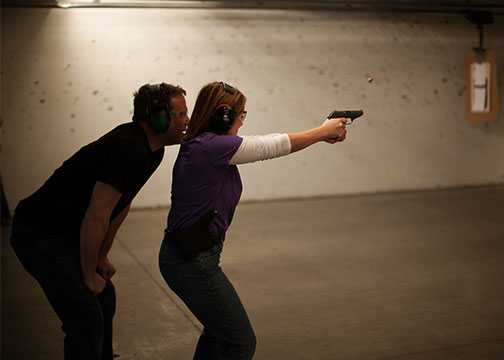 While adopting Constitutional Carry in Idaho means that training is no longer mandated by state law, the Idaho Statesman has some interviews that show that even people who are carrying without a permit still feel the need to get training.  However, the benefit of not having the formal regulations on training means that the cost of training has probably gone down, and it can be done when it is most convenient.  From the Idaho Statesman:

“People are still coming in great numbers,” he said. “The net effect is that a lot of people like the idea that they can carry a concealed weapon without a license, but they’re also looking for the training that it involves.”

At the beginning of December, 131,665 Idaho adults possessed a concealed weapons permit, 8 percent of the state’s population, according to the Idaho State Police. Of those, 27,243, or 21 percent, were enhanced permits.

The total figure is up 54 percent from the beginning of 2013, when 85,535 adults had such a permit, according to statistics from the ISP and the Pennsylvania-based Crime Prevention Research Center. . . .

A new report from Kansas provides another example of even as the number of concealed handgun permits in a state has fallen after a Constitutional Carry law is passed, the number of people getting training to carry has risen.  From the McPherson Sentinel (McPherson, Kansas):

The number of concealed carry applications made in Kansas has dropped again this year state-wide.

This decline comes on the heels of a legislative change in 2015 allowing eligible Kansans to carry concealed without a license. Between July 1, 2015, and June 30, 2016, the Kansas Attorney General office’s Concealed Carry Licensing Unit received 5,874 applications. Compared with recent years, this marked a steep decline in new applications — there were 9,800 applications received in the prior year.

“. . . Now, people are starting to realize they need the education with it, so they’re taking the class now and it’s picked back up,” Sechler said. . . . . 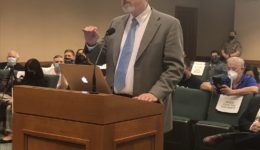 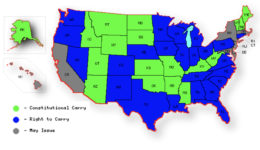