Dr. John Lott has a new piece at Fox News:

In terms of individual rights, there has probably never been so much at stake in a presidential election. If Hillary Clinton wins, Americans will soon lose the right of self-defense in their own homes.

The 2008 Heller decision struck down Washington, D.C.’s complete ban on handguns.  Before the decision, people in the District could own a rifle or a shotgun, it was a felony to load the gun. This amounted to a complete ban on guns, and the Supreme Court said that Washington went too far.

But then, on Wednesday night, Clinton suggested that Wallace had misunderstood her statement.

She explained: “I support the Second Amendment . . .  I disagreed with the way the court applied the Second Amendment in that case because what the District of Columbia was trying to do was to protect toddlers from guns. And so they wanted people with guns to safely store them.”

But the Supreme Court did nothing at all to stop safe-storage laws. And the Justices that Clinton promises to appoint to the High Court will, in all likelihood, again make it possible for the government to ban guns.

As to the storage laws, the Heller decision couldn’t have been clearer: “Nor, correspondingly, does our analysis suggest the invalidity of laws regulating the storage of firearms to prevent accidents.”  If the ruling contributed to the problem that Clinton describes, one would think that there would have been a lot of accidental gun deaths involving toddlers.  But there doesn’t appear to have been a single accidental gun death of any kind in the District, let alone for toddlers, during the eight years since the Heller decision was announced.

The only gun laws that the Supreme Court has struck down have been complete bans on guns. Let me repeat this: If Clinton’s judicial appointments vote to overturn Heller, governments will again be able to ban guns.

And this is a real possibility. Heller can be overturned with just one more appointment to the court. . . . 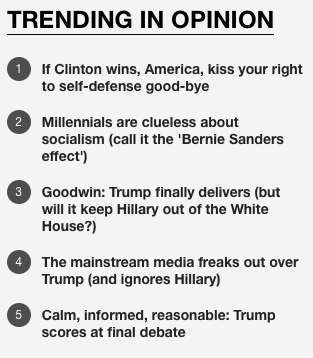 At Townhall: Democrats Can’t Condemn Violence, Including Violence Against Police