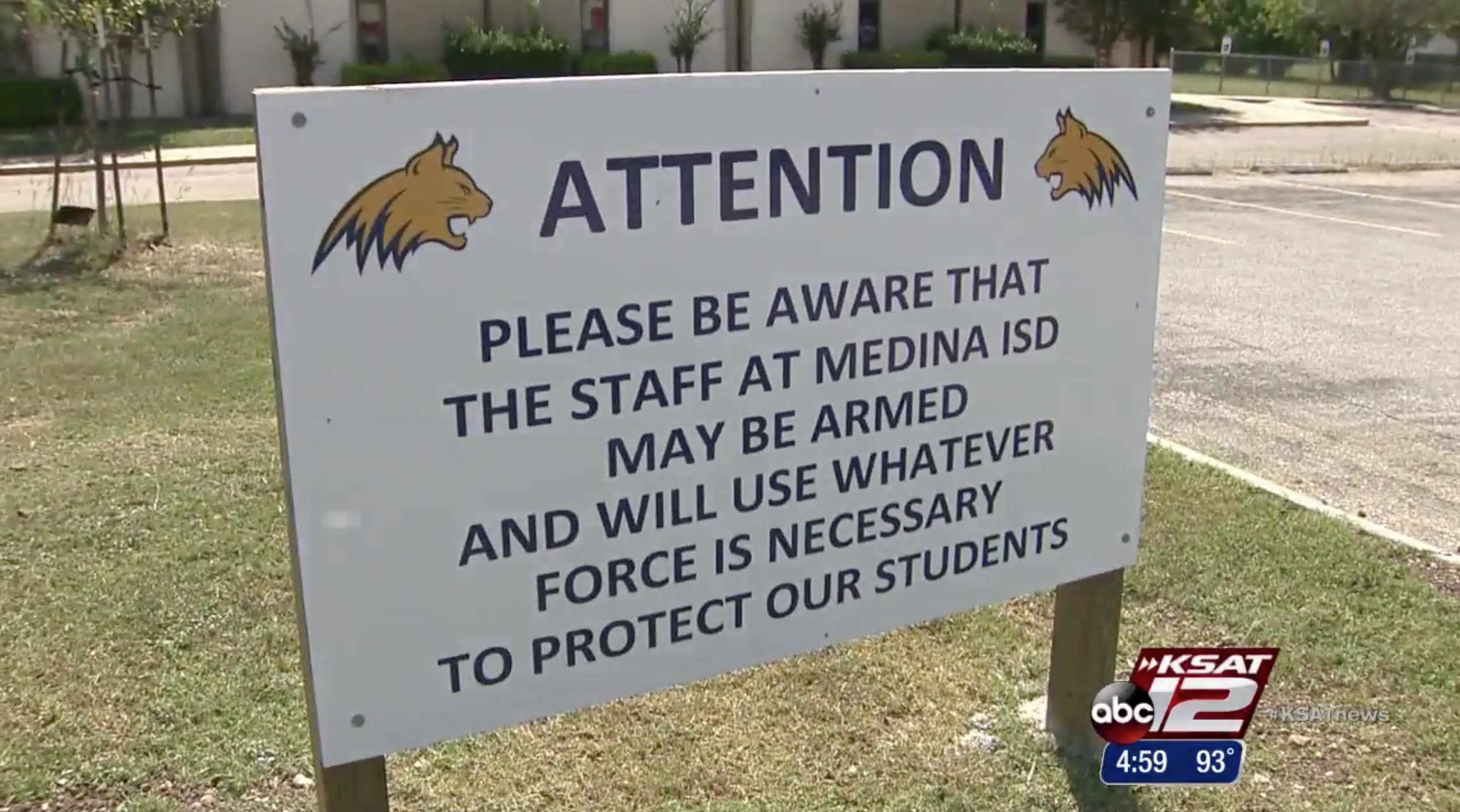 The Medina Independent School District is home to 303 students, and according to a sign placed by an entrance Wednesday, possibly, a few firearm-toting faculty members.

“Attention,” reads the new sign. “Please be aware that the staff at Medina ISD may be armed and will use whatever force is necessary to protect our students.”

The school consists of students from pre-kindergarten all the way through high school. Superintendent Penny White said the board of trustees had decided to put up the sign after about a year of discussion.

“You never know if there’s a transient or someone who has zeroed in on harming a child,” White said.

Two other signs will be added to the other entrances of the school, so no matter what way a visitor enters, they will have been warned.

White and board member Dr. James Lindstrom said there was no specific event that prompted the discussion. Lindstrom said it was “the general environment nationally.”

White, whose own son attends the school, hopes the sign will deter not just school shootings, but any sort of violence. She used the example of parents in a custody battle who might try to pick up a child and disappear with them, or someone in the middle of a divorce who might think they could start a fight at the school. . . .