Hawaii is moving towards putting its list of registered gun owners in the FBI database.  Obviously, the state can only enter this data into the FBI database with the approval of the FBI and the US Department of Justice, both under the control of the Obama administration.  Dr. John Lott’s newest piece at Fox News starts this way:

President Obama is taking a big step towards creating a national gun registry.  Hawaii looks like it is about to provide the federal government with the list of all the gun owners in the state.  Supposedly, keeping a list of gun owners’ names will enable the FBI to tell police if a gun owner ever gets arrested.

But a national gun registry isn’t necessary to do this check.  The FBI isn’t the only organization that can do background checks on already existing gun owners.  Hawaii already has a gun registry, and can regularly run its list of names to see if people have gotten arrested.

Hawaii is going to pay for entering the names in the new federal registry by charging gun owners a new fee.  But, even if this registration reduced crime, it would hardly be just the gun owners who have registered their guns who would be the only ones who benefit.  Economics would indicate that the people who benefit from this proposal should be the ones to pay for it.

If Hawaii officials really think that this will reduce crime for everyone and they aren’t just pushing this as a way to reduce gun ownership even further, they can pay for these checks out of general revenue.

This will undoubtedly be a waste of money. Out of all the guns owned in the US, just hundredths of one percent are used in committing crimes, and the rate that registered guns are used in crimes is a tiny fraction of that.  For concealed handgun permit holders the revocation rate for any firearms related violation is thousandths of one percent, and almost all of those are trivial, nonviolent offenses.

Gun control advocates have long claimed that gun registration will help solve crime. Their reasoning is straightforward: If a registered gun is left at a crime scene, it can be used to identify the criminal.

The rest of the piece is available here.  Please share of Facebook.  This op-ed ranked as the second most read op-ed at the Fox News opinion section. 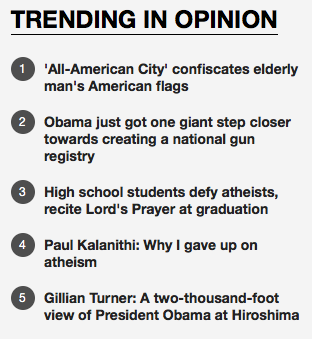