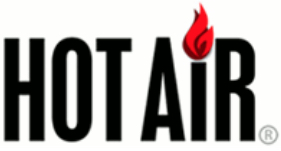 On February 17, 2016, Jazz Shaw had an extensive write up on our new survey of economists and criminologists on guns.

A number of recent news items regarding proposed gun control legislation offer an opportunity to look at the way that the media covers the scientific side of such questions and the sources they rely on in their reporting. A few weeks ago, CNN ran a lengthy article on the merits of restricting the rights of gun owners which reads like the first draft of someone’s Masters thesis in terms of all of the references which are either quoted or linked to. They include:

Who does CNN go to when they want a contrarian opinion? Generally a gun shop owner. A similar example can be seen this week in a Baltimore Sun story about new gun restrictions in Maryland. They interview all manner of folks for quotes on why guns are a destructive force in society before coming to a single quote from the other side of the coin. Who did they go to? NRA spokeswoman Amy Hunter.

It’s as if none of these news outlets are capable of finding any scientists, scholars or professional organizations with differing opinions. That’s curious, isn’t it? It’s a question which apparently caught the attention of Gary Mauser of the Simon Fraser University Beedie School of Business and John Lott jr. of the Crime Prevention Research Center. They published a paper recently where they asked 130 academics in the fields of economics and criminology who had published peer-reviewed empirical research papers on the subject to weigh in on the cumulative effects of gun ownership and a number of related questions. . . .

So how did it turn out? The results might surprise you. . . .

There’s some fascinating stuff in this study, so give it a look. Two very diverse groups of professionals coming at the same question from different angles come up with some notably different answers. But neither of them feels that guns are an overall detrimental influence on American society.

Jazz’s complete discussion of our survey is available here. 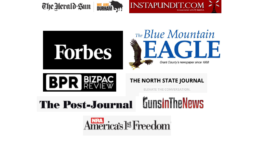