UPDATED: Georgia Business mandates all employees must get a concealed carry license and carry 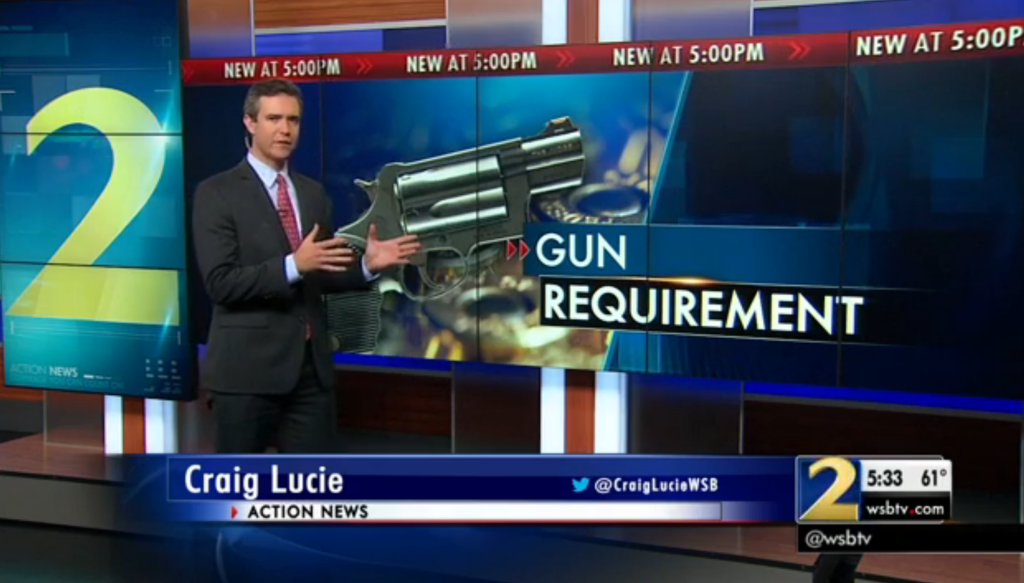 Here are stories about two businesses: one in Atlanta and one in Tulsa.  From WSB-TV in Atlanta:

A local business owner with several offices in Georgia is now requiring all of his employees to get a concealed carry license and be armed.

After each employee at Lance Toland Associates gets their license, Toland presents them with a gun known as the judge. He says it is one of the most effective self-defense weapons and all his aviation insurance agencies carry them openly in the office.

“Everybody has one of these in their drawer or on their person. I would not want to come into one of my facilities,” Toland said. “It’s a 5 shot .410, just like a shotgun and you call it hand cannon.”

Toland said after hearing about recent home invasions and violent crime in the metro Atlanta area, he came up with the new office mandate. . . .

Toland says several high-profile business owners who have private planes he insures may follow his lead.

“A lot of my clients are high fiving when they hear this. They think it’s the best things for a company to mandate gun ownership and be responsible,” he said. 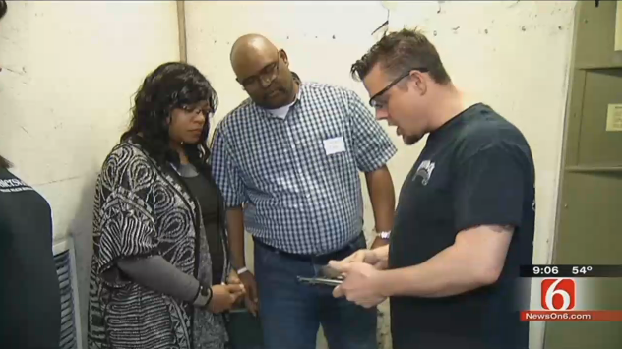 A video is available here.

One Oklahoma business wants to make sure clients getting a permit safely can use a firearm.. . .

This is the first time Jennifer Dan has ever fired a handgun. Before firing shots, she and her husband first had to prepare themselves.

“There’s so much information that I didn’t know,” she said. “[It] has been very interesting; I’m glad we made it.”

Gilbert Dan said, “To me it’s been very enlightening; it’s opened my eyes to more things.” . . .

It’s a move millions of Americans are already making.

Data from the Crime Prevention Research Center shows murder rates have dropped nearly 25 percent in the past decade.

Some contribute that shift to the rise in concealed carry licenses.

“I feel more confident,” Jennifer Dan said. “If I were to decide to carry the gun, I would be more confident about carrying the gun because I have the information I need.” . . .