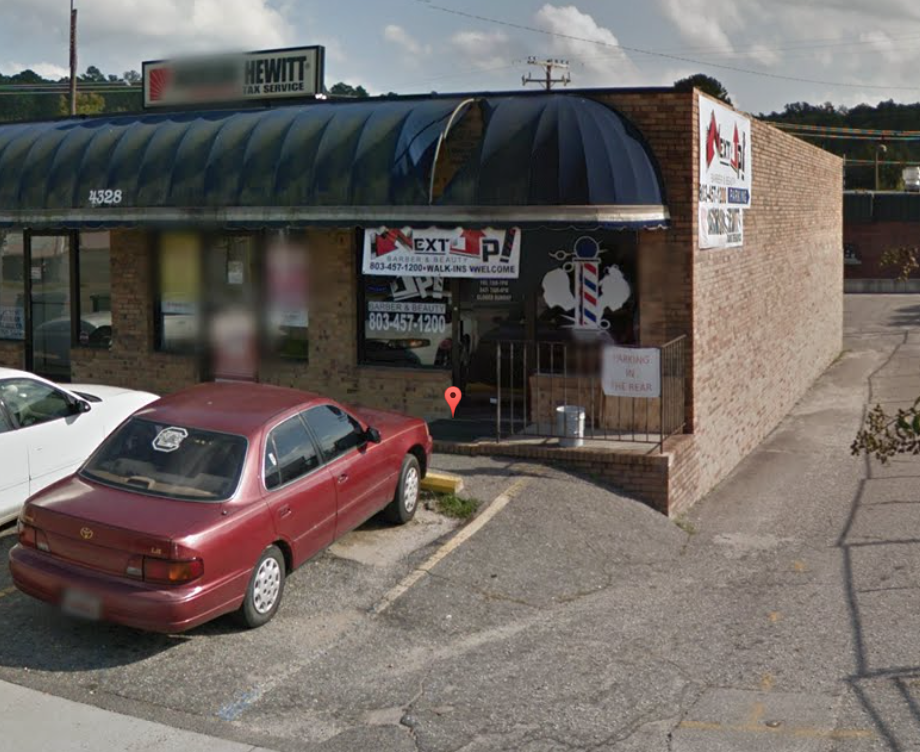 Columbia, South Carolina, January 23, 2016, From The Herald (the video is from the CCTV at the barber shop):

. . . Bookman and one of his customers drew their weapons as the robbers were taking money from customers and employees. They fired shots that left one of the suspects dead and sent another on the run just before 7 p.m. Friday.

“The kids were crying, hollering, and their parents were hollering,” Bookman said. “I think (the suspects) were getting kind of frustrated. They started putting their hands on some of the customers.”

About 20 people, including several women and children, were at the barbershop on Fort Jackson Boulevard. It sits behind the Applebee’s restaurant on Devine Street, across from the Cross Hill Market that houses Whole Foods.

Bookman said he just wanted to protect the crowd of people inside the shop.

When that suspect turned his back to go search the customers sitting along the wall, Bookman’s client pulled his own gun and fired at the suspect. Bookman, too, pulled his weapon out and shot at the suspect, he said.

“I was thinking we had to keep everybody safe,” he said.

At the first sound of gunshots, the suspect carrying the shotgun turned and ran out the front door . . . 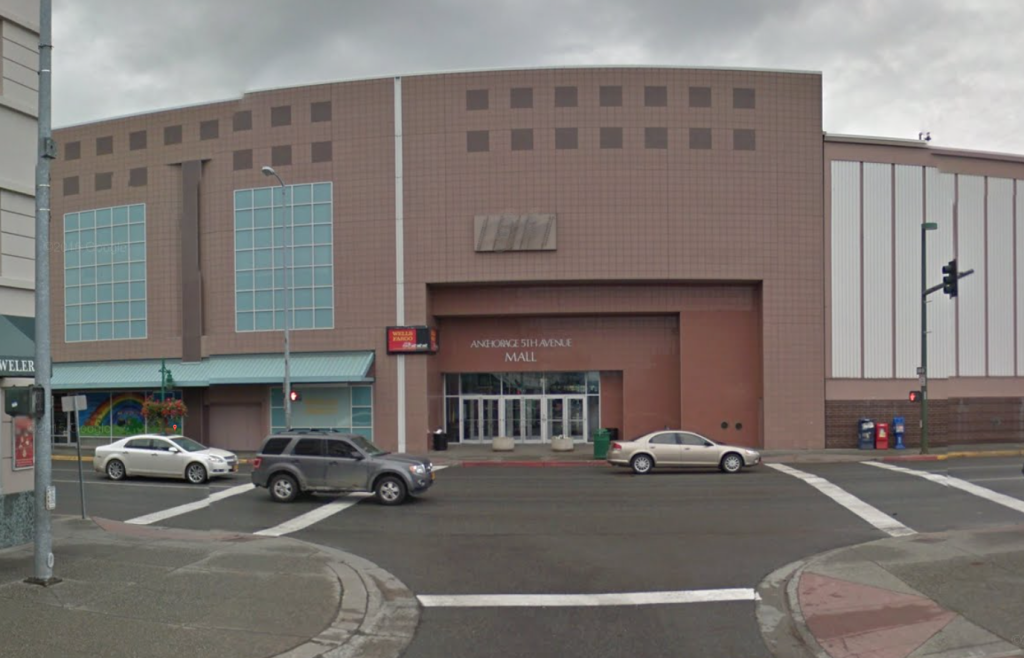 “Employees believed the man was attempting to conceal the clothing in a bag while in the fitting room and alerted mall security,”  Shell wrote. “As the suspicious man left the store, he was confronted by mall security and a struggle ensued over the bag containing stolen goods. During the struggle, the suspect drew a gun from his waistband; however, a good Samaritan, also armed with a gun, stepped in and assisted security in taking the man into custody.” . . .

“Two guns were involved, and I think the person of interest had a gun — so they were trying to get the gun from him.” . . . 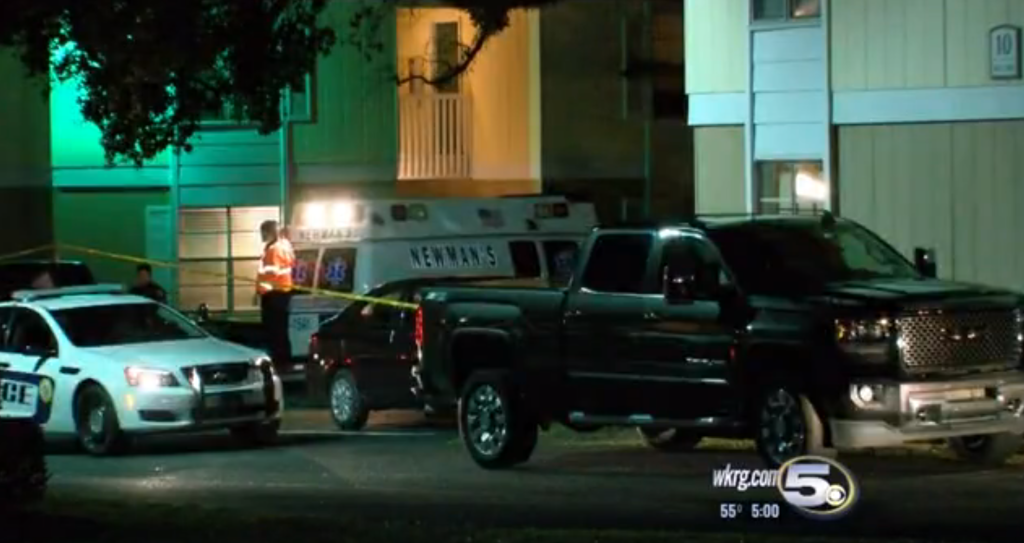 Mobile Police say a robbery suspect was shot and killed at Twin Oaks Apartments on Old Shell Road Monday night. According to MPD Spokesperson Charlette Solis, a man was unloading groceries from his car around 8 pm, when a man with a gun walked up to him. The victim says the man took his wallet. It was then the victim managed to grab his own pistol, in a jacket pocket. The victim shot the gun, while still in his pocket, and hit the suspect in the chest. The suspect ran across the parking lot. . . .

Police say the homicide was justifiable. . . .

One of the witnesses had this to say after the shooting (picture of Moorer): 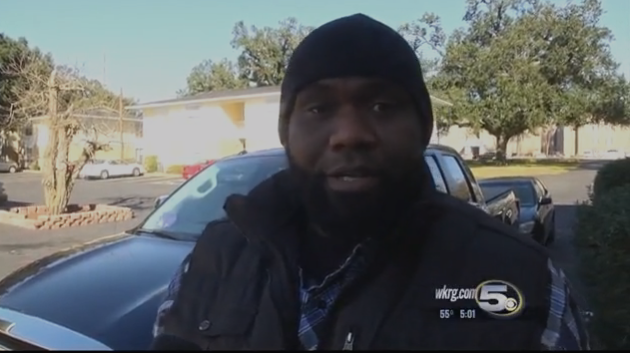 Adrian Moorer also lives in the complex and said he saw the shooter from his balcony. . . . “It really makes me think twice about being safe and stuff. I think I might have to go out and buy a gun now,” Moorer said. . . .

[Ervin] Hayes, of Galveston, was shot in the 1800 block of 40th Street at about 6 p.m. Thursday evening, the Galveston Police Department said in a news release Friday afternoon.

Hayes was found lying on the street when emergency responders arrived. He was taken to the University of Texas Medical Branch, where he was pronounced dead.

Witnesses told police Hayes was shot after getting into a “heated argument” with another man.

“Initial evidence and information may indicate that the shooting was in self-defense,” police said in the release. . . . 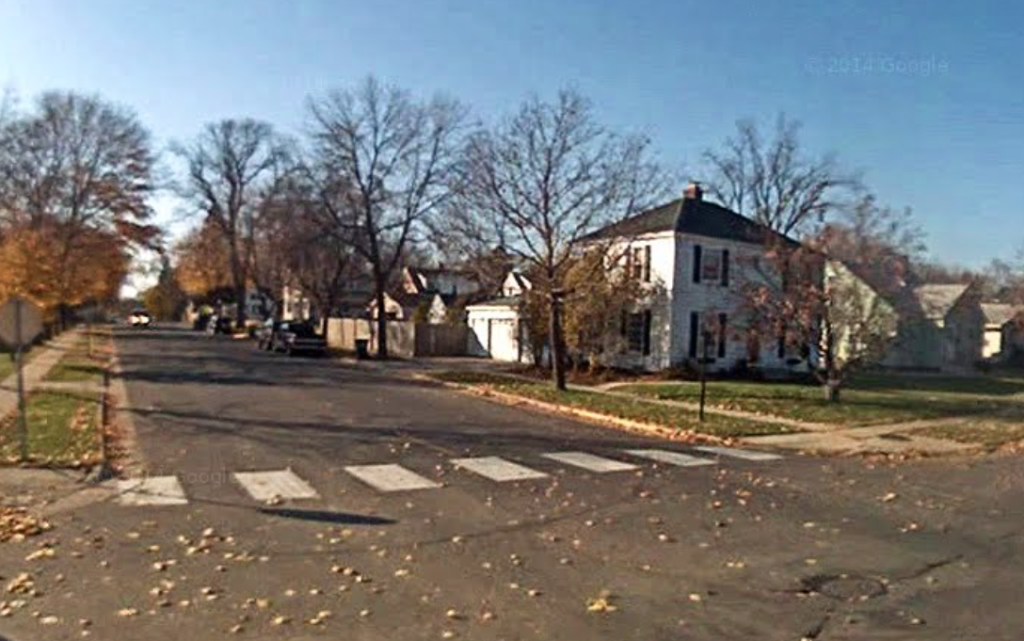 (This case is a little older than the other ones)  Willmar, MN, January 7, 2016, West Central Tribune:

. . . The homeowner had just returned to the 1000 block of Eighth Street Southwest in Willmar when he noticed items moved in his garage and kitchen.

Upon entering his living room, he saw a man holding a buck knife.

Shane Fellers, 37, of St. Cloud, has been charged in Kandiyohi County District Court with felony counts of first-degree burglary of an occupied dwelling and burglary with a dangerous weapon, as well as a misdemeanor charge for providing a false name to a police officer.

Court documents say the homeowner drew a firearm he had a permit to carry and pointed it at the burglar for self-defense. Fellers allegedly put the knife down. . . .

← CPRC in the New York Post: "What Bernie Sanders misses about the rise in campaign cash" and why that is related to the gun control debate CPRC at Fox News on the Air Force telling commanders they can OK guns on base →