The silliness of background checks, a very simple way to defeat being on the “no-fly” list

Congressman Tom McClintock recounts his own experience being on the “no-fly” list.  How was McClintock able to get around the ban that he faced on flying?  He just had to fly under his middle name, which supposedly is “Miller.”  Suppose that the IRA activist “that the British government was mad at” whose name was similar to McClintock’s had also started using his middle name and that it was “Richard.” If the federal government started trying to make sure that the person of interested couldn’t go that route, then not only would people with the name “Tom McClintock” find themselves prevented from flying, but also people with the name “Richard McClintock” or “Rich McClintock.”

“While serving in the California state Senate a decade ago, I discovered suddenly I couldn’t check into a flight. When I asked why, I was told I was on this government list. The experience was absolutely “Kafkaesque.” My first reaction was to ask, ‘Why am I on that list?’ ‘We can’t tell you.’ ‘What are the criteria you use?’ ‘That’s classified.’ ‘How can I get off this list?’ ‘You can’t.’  I soon discovered that another California state Senator had been placed on that list.  A few months later US Senator Edward Kennedy found himself on the list.  I at least had the office of  sergeant-at-arms of the state Senate to work through, something an ordinary American would not. Even so it took months working through that office, with repeated petitions to the government to get my name removed from that list.  And the farce of it all was that I was advised in the meantime just to fly under my middle name, which I did without incident . . . .”

Of course, the whole process is silly for another reason.  Take the recent revelation that ISIS has a machine that let’s them make “perfect” fake Syrian passports for just a few hundred dollars.  Then the whole notion of denying people the ability to fly is worthless.  There are an infinite number of different names that could be placed on those fake passports.  With billions of dollars at their disposal, is it really serious to believe that ISIS could fake US documents?  Interestingly, illegal (“undocumented”) aliens in the United States have been able to get driver’s licenses in some states (such as New Mexico) and then use those licenses to get passports.  In any case, if “undocumented” people can get a driver’s license, it raises the concern about the ability for terrorists to get around the federal background check system for purchasing guns.

So the “no-fly” background check system could be completely useless in stopping ISIS terrorists from flying, but may only make life miserable for law-abiding Americans.  (One slight clarification of McClintock’s statements: Senator Kennedy was actually on the “no-fly” list five times.)

Of course, not everyone agrees.  On Friday, when discussing the “no-fly” list on MSNBC, US Senator Richard Blumenthal claimed: “There really as a practical matter are very few errors. A lot of public attention is given to them, but the fact of the matter is that anybody on this list by and large is subject to a reasonable suspicion of terrorist activity.”  But the Senator is missing the point.  The issue isn’t whether there is a “Tom McClintock,” who is an IRA supporter, or some ISIS member who we know the real name of.  The issue is whether the “no-fly” list will actually catch these individuals if they try to fly on a plane.

All this also provides an additional reason for why using the “no-fly” list won’t stop terrorists from buying guns.  In any case, virtually everyone who is stopped from buying a gun is a false positive, a law-abiding citizen who should have been able to buy but was caught in the Kafkaesque type world that McClintock found himself in.  It is something to consider as the Obama administration and Hillary Clinton keep pushing to use the “no-fly” for purchasing guns.

The notion that background checks will stop terrorists from getting guns is unlikely to be very successful.  Rather than just saying that terrorists can’t legally buy guns, another alternative is to remove the terrorists from the field.  Oversight Chairman Jason Chaffetz asked Department of State Assistant Secretary Michele Bond this question: 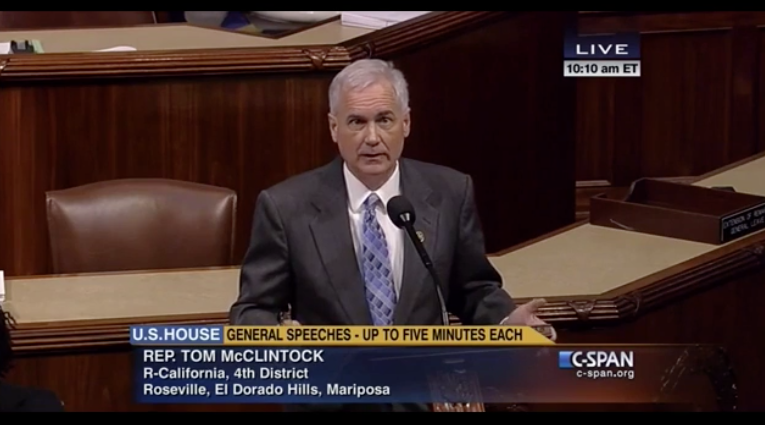 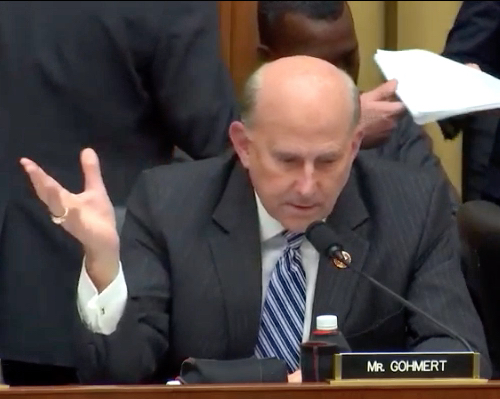 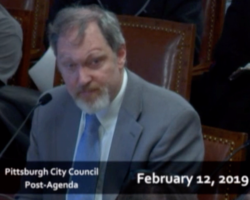