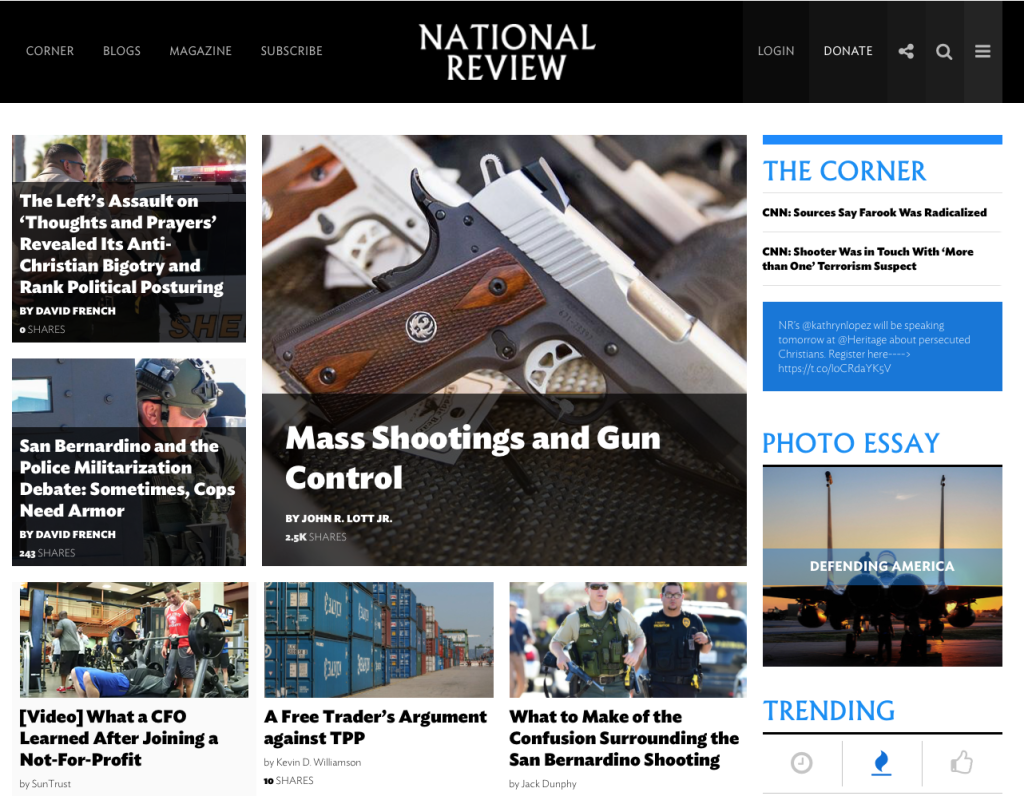 On Sunday, Hillary Clinton slammed Republicans for not being serious about protecting Americans from terrorism. “How many more Americans need to die before we take action?” Clinton asked in response to Friday’s shooting at a Planned Parenthood clinic in Colorado Springs. She believes that stopping such attacks involves “common-sense steps like comprehensive background checks, closing the loopholes that let guns fall into the wrong hands.” Within minutes of the attack in San Bernardino, Calif., yesterday, Clinton pushed again for more regulations.

After every mass shooting, Clinton and President Obama have called for “comprehensive” or “universal” background checks, which would apply not only to the purchase of guns from a dealer but also to private transfers of guns. However, it wouldn’t have stopped any of the mass shootings during Obama’s tenure. Last weekend, Clinton, Obama, and other Democrats issued their calls for new legislation before anyone even knew how the Colorado shooter had obtained his rifle.

Colorado had already expanded background checks two years ago. So had Oregon before the Umpqua Community College shooting in October. France also has a background-check system. So too does California, which experienced yesterday’s attack. Yet, while the existing laws didn’t stop shootings of the very kind Clinton claims that they will stop, she uses these failures to justify imposing similar laws on the rest of the country. . . .

The rest of the piece is available here.  Our piece was listed at Real Clear Policy and also was the most read article for much of the day at National Review Online. 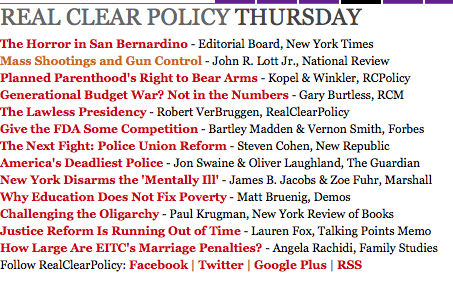 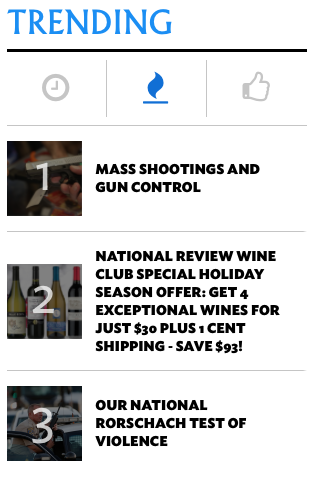 ← CPRC in the Washington Post on " Fact Checker Obama’s inconsistent claim on the ‘frequency’ of mass shootings in the U.S. compared to other countries" CPRC at Fox News: "The facts shoot holes in Obama's claim that US is only host to mass killings" →