CPRC in Michigan Live (mLIVE): Keeping guns out gets us nowhere in staying safer 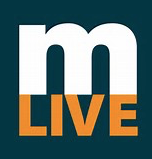 This op-ed by Dr. John Lott appeared in mLIVE (Michigan Live) on Tuesday, November 17, 2015. The piece started this way:

Suppose a criminal comes upon your home and sees a sign announcing, “Gun Free Zone.” How would he respond? Unless he thinks that the homeowner is playing a joke on him, the sign would put his mind at ease and make him more likely to break in.

Daniel Webster, director of the Johns Hopkins Center for Gun Policy, argued that such signs make us safer, attacking my October testimony before the state Senate Judiciary Committee.

Mass public killers want to commit suicide, but they also want to gain media attention by taking people with them. They don’t normally just run outside and start shooting. These are cold, calculating killers who spend a half-year or more planning their attacks, and they often express their desire to attack an area where guns are prohibited. . . .