CPRC’s research discussed in the New York Times, providing context on how rare bad actions by permits are

John Lott, an economist, author and prominent advocate of concealed carry, said millions of people have concealed carry permits, yet incidents like these “are incredibly rare.” . . .

In Lott’s discussion with the New York Times reporters, he was more specific than just saying “millions of people have concealed carry permits” and he mentioned that there were now over 13 million permit holders. 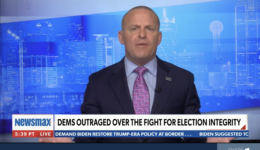