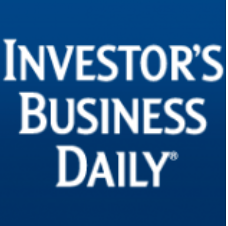 Everyone wants to keep guns away from the mentally ill, but the vast majority of them do not pose a danger to others or themselves.

The warning signs seem obvious in hindsight, but it’s very difficult to know who the truly dangerous ones are. Should we just disarm all of them? That could leave a lot of people defenseless against criminals.

In an interview last Sunday on CNN’s “State of the Union,” Jake Tapper asked Donald Trump about a new California law that allows judges to temporarily disarm someone without so much as a hearing. If family members think the person is dangerous, that’s enough.

Trump, who has come to firmly advocate private gun ownership, would only say, “Well, it’s something I would very strongly look into.”

The California law allows law enforcement officers to bypass mental health professionals and place restraining orders on seemingly dangerous individuals. The law gained new attention after a push by Andy Parker, father of slain Roanoke journalist Alison Parker. Parker wants to help find solutions, of course, but this law would not have saved his daughter.

No law enforcement official, mental health professional or judge had pegged Roanoke killer Vester Lee Flanagan as a threat to others. In the case of Elliot Rodger, who killed six and injured 14 others near the University of California at Santa Barbara, sheriff’s deputies had actually paid him a visit before the rampage, but concluded that he did not pose a danger.

Rodger, had already been receiving top-quality mental-health counseling for years. One of his psychiatrists, Dr. Charles Sophy, is nationally known and medical director for the Los Angeles County Department of Children and Family Services. By itself, that should give people pause before they assume that the solution for the mentally ill is so obvious.

This California law has its own problems. Trained experts may have a hard time identifying dangers, but this allows people to be disarmed on mere hunches by people with law degrees, not psychiatry degrees. It lowers the standard of evidence from “clear and convincing” to “reasonable cause,” which means a problem need only be possible, not probable.

The law means that a decision can be made against you without you knowing about it or being able to defend yourself. Out of the blue, you may find yourself slapped with criminal penalties. You are guilty of a misdemeanor if the police show up to serve you with the restraining order and find that you have a single bullet in your possession. For that, you can face up to a year in prison.

We have already seen how politicians can abuse the system when legal safeguards are taken down. Now President Obama wants to prohibit gun purchases by 4.2 million Social Security recipients who have trouble managing their finances, what he wants to classify as a “mental defect.”

For several years, hundreds of thousands of veterans have been reported to the federal background check system if they require someone to administer their VA benefits.

If someone’s mental illness really does pose a danger to others, why only stop them from legally purchasing a gun? They’ll have plenty of time to obtain a weapon illegally. Our best bet is to confine them to a mental health facility.

Preventing legal gun sales isn’t much of a solution, and our background check system does a lousy job of singling out criminals. Criminologists and economists have not found that expanded background checks actually lead to a reduction in crime.

In fact, a 2005 National Academy of Sciences panel found no evidence that background checks of any kind had reduced any violent crime rates. Later research has corroborated that conclusion.

Virtually everyone who is stopped — probably over 99% of the denials — is stopped by mistake. Often, people are stopped because they share a name and birth date with someone who has a history of crime or mental illness.

Every shooting tragedy is seen by gun-control advocates as an opportunity to push for more stringent laws. But the proposals never seem related to the tragedies that motivate them. The laws just make guns more expensive and harder to obtain for law-abiding citizens. They make it harder for people to defend themselves.