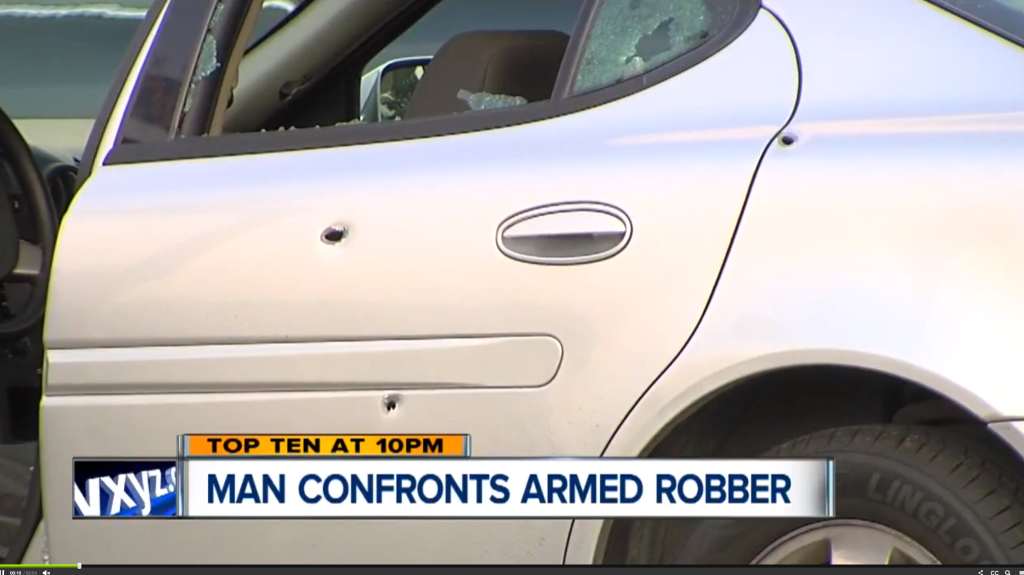 Angela Lanier tells 7 Action News her 24-year-old son Joe fired his gun when the teenager tried robbing him while he was sitting in his car. She says he was on the job as an exterminator when the teenager pulled a gun on him . . . .

Joe Lanier says, “The boy tried to rob me, and I shot him. That’s what happened.”

He also went on to say, “That’s why he’s in the hospital and not me.”

Lanier has a concealed carry license and his mother is an instructor herself, who says she’s taught all of her sons how to responsibly operate a gun. . . .

The video expands on the discussion in the text and notes:

A young Detroit father faced with a life threatening situation chose to fight back instead of being the victim. . . .

Angela Lanier: Thank god its not my son and I am burying him.  So if your children don’t have any felonies, I advise everyone to pack.  I pack, my sons pack, and we are legal with it. 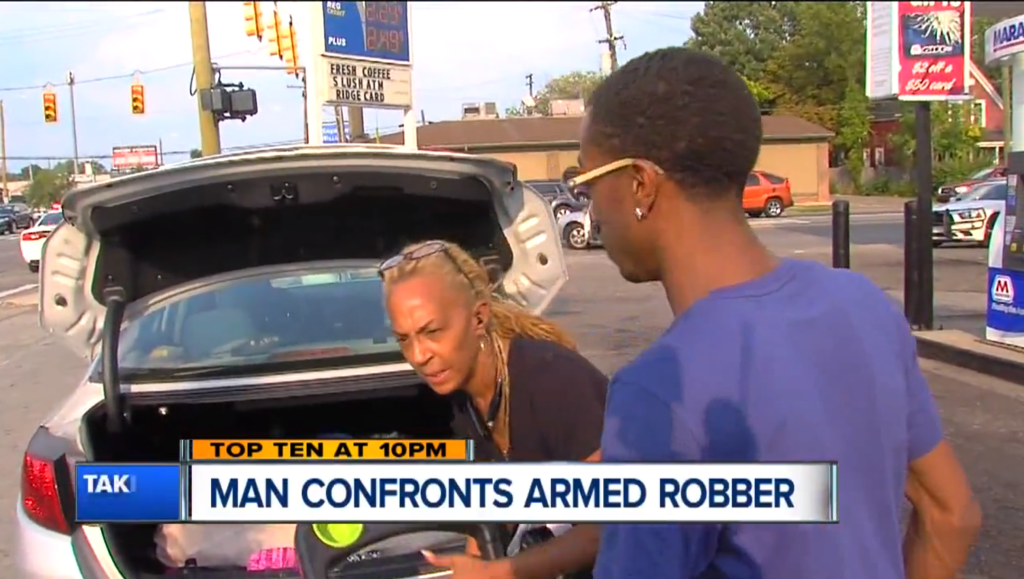