Congressional Research Service claims that Mass Public Shootings have been increasing, but it fails to provide evidence that this increase is statistically significant 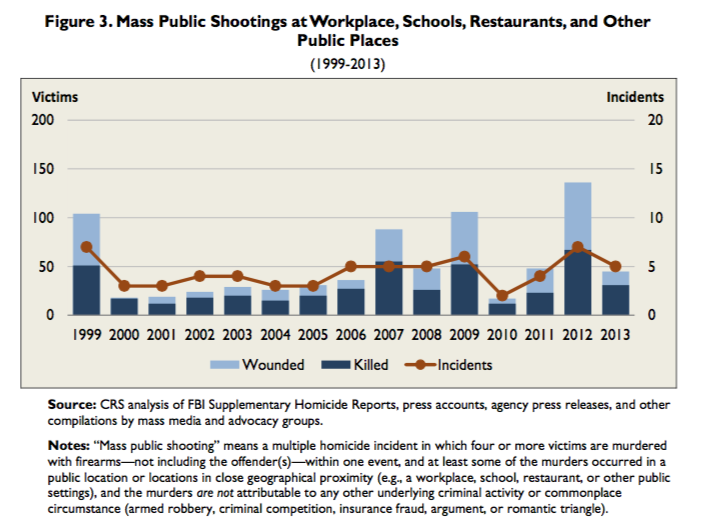 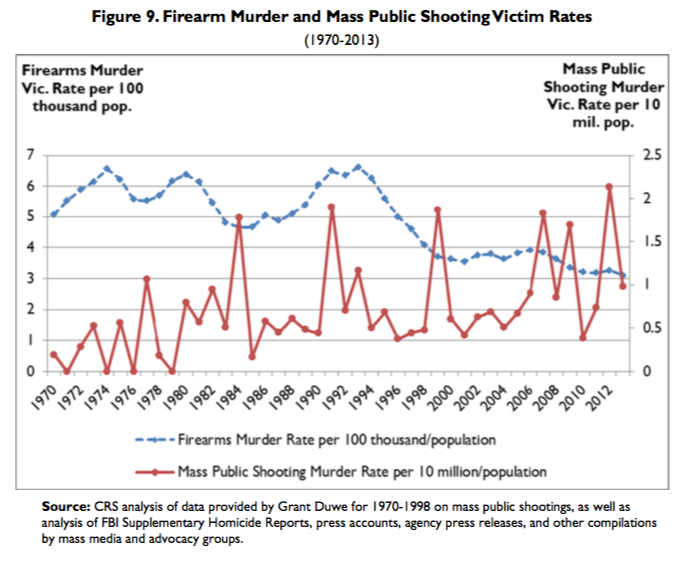 Previous work by the CPRC has shown that there was no statistically significant increase in the death rate from attacks since 1977 where mass public shootings were defined as 2 or more people killed.  We have requested the CRS data for the years prior to 1999, but we have yet to receive it.  But even if the CRS data is correct, it seems doubtful that there has been a statistically significant increase in the rate of attacks or deaths from them since at least the early 1980s, particularly if the very low rate of mass public shootings in 2014 are included.

The other regression results for mass public shootings over the 1999 to 2013 period are as follows (in both cases t-statistic on the change in deaths or injuries per year is less than 1. 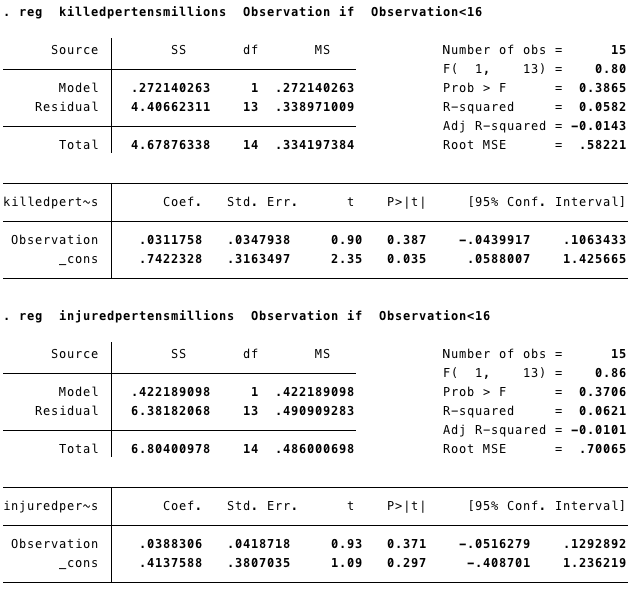