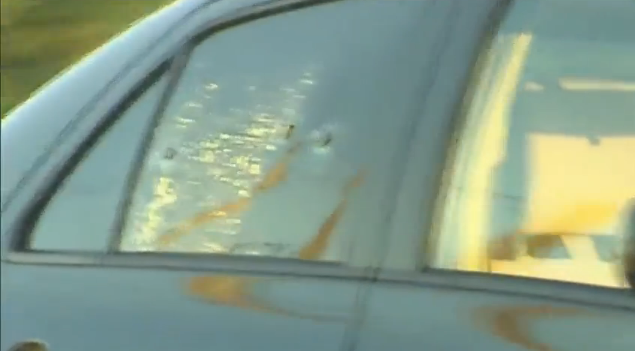 The picture above shows the holes that were shot into the pizza deliveryman’s car.

Hollywood police said two men wearing ski masks entered the Domino’s, where they were shot by a delivery driver, identified by police as Slayde Henry, 24. . . .

A man, who told Local 10 News that his girlfriend’s daughter was working inside the pizzeria at the time, said he commends the delivery driver from his quick action.