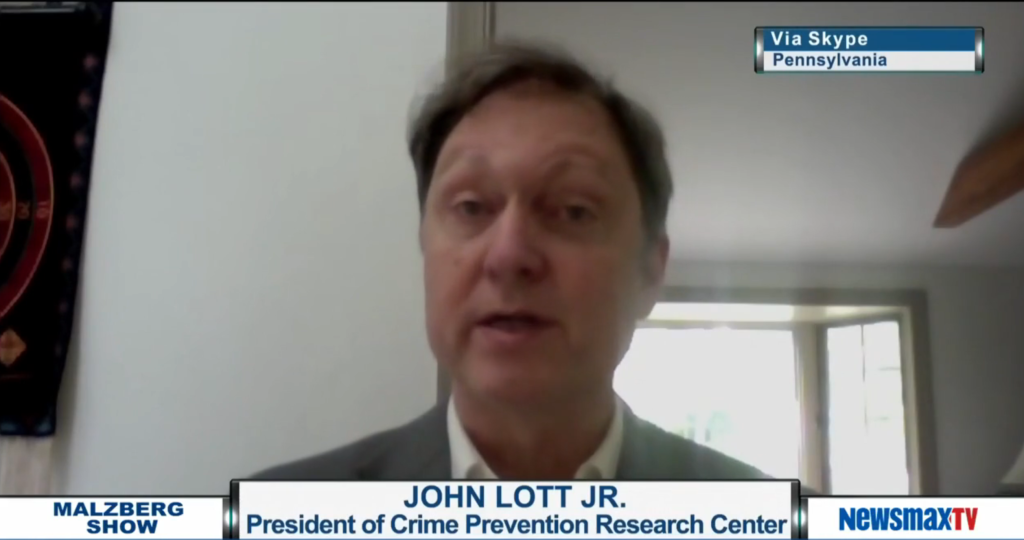 The video of the interview is available here. Newsmax described the discussion this way:

Hillary Clinton’s call for more gun control in the wake of the South Carolina church massacre in which nine African Americans were shot dead by a white racist is the wrong approach, says John Lott, Jr., president of Crime Prevention Research Center.

“I’m disgusted and upset by the tragedies that we face here, but my concern is that none of the rules that she’s pushing are going to help,” Lott said Tuesday on “The Steve Malzberg Show” on Newsmax TV.

During the National Association of Latino Elected and Appointed Officials in Las Vegas, Clinton said Americans must face “hard truths about race, violence, guns and division.”
“How many innocent people in our country — from little children, to church members to movie theater attendees — how many people do we need to see cut down before we act?” she asked.

“What concerns me is that there is a common feature with these [tragedies] and that is that they’re [in] gun-free zones,” Lott said, referring to the Newtown school shootings in Connecticut and the Colorado movie theater massacre. . . . 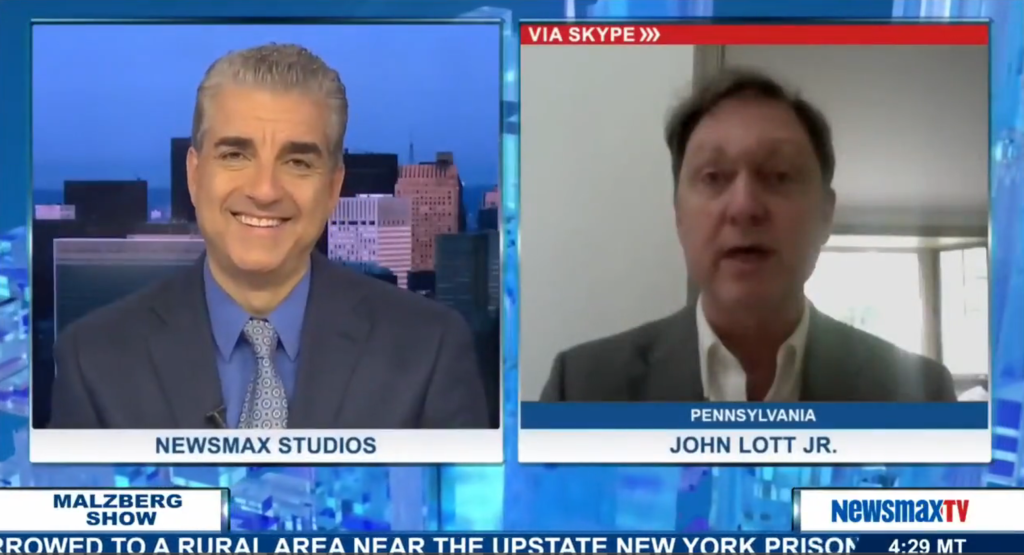