KTRS Program Director McGraw Milhaven had this important discussion about the Department of Justice report on Ferguson. Milhaven notes that while Ferguson is 67% black the surrounding towns are almost all completely black and that the traffic tickets and warrants are being put on those who live outside of Ferguson.  His point is that the tickets aren’t motivated by racism, but are an attempt to get those living in other towns to pay for running Ferguson.

It appears that Milhaven is largely correct about the demographics of the cities surrounding Ferguson.  Ferguson is in an area surrounded by three major interstate highways 270, 170, 70 and also route 367.  These major roads largely separate Ferguson and a small set of towns from other areas.  The two exceptions are Berkeley and Normandy, Missouri, which cross these highways.  It is possible that the areas of these cities on the same side of the highways as Ferguson are more heavily black than those cities as a whole.  In any case, the cities adjacent to Ferguson are 80.3% black, compared to Ferguson’s 67% black.

If Milhaven is correct that the Ferguson police department would let Ferguson residents go with just a warning when they are stopped by police and that they were focusing on people from other towns for tickets, the 80.3% number is the relevant comparison for the DOJ estimates.  When they complained that 85% percent of traffic stops were of blacks, but that blacks made up only 67.4% of the population, the right number would say that they made up 80.3% of the population.  Any of the regressions must then also account for what town the driver was from, and, of course, none of the estimates discussed in the DOJ report do this.

Take another example where this might matter: “With respect to speeding offenses for all roads, African Americans account for 72% of citations based on radar or laser, but 80% of citations based on other or unspecified methods. Thus, as evaluated by radar, African Americans violate the law at lower rates than as evaluated by FPD officers.” these results could easily be explained if Ferguson used radar detectors on those roads that are primarily used by its citizens and other methods where primarily non-Ferguson residents are affected.  The point in the DOJ report was that the unspecified methods were used against blacks so as to allow more flexibility by the police in punishing blacks.  But it might be that the police department was using these “other methods” against those who didn’t live in Ferguson so that they had more flexibility to charge them and it just so happened that the people from out of town were more likely to be blacks. 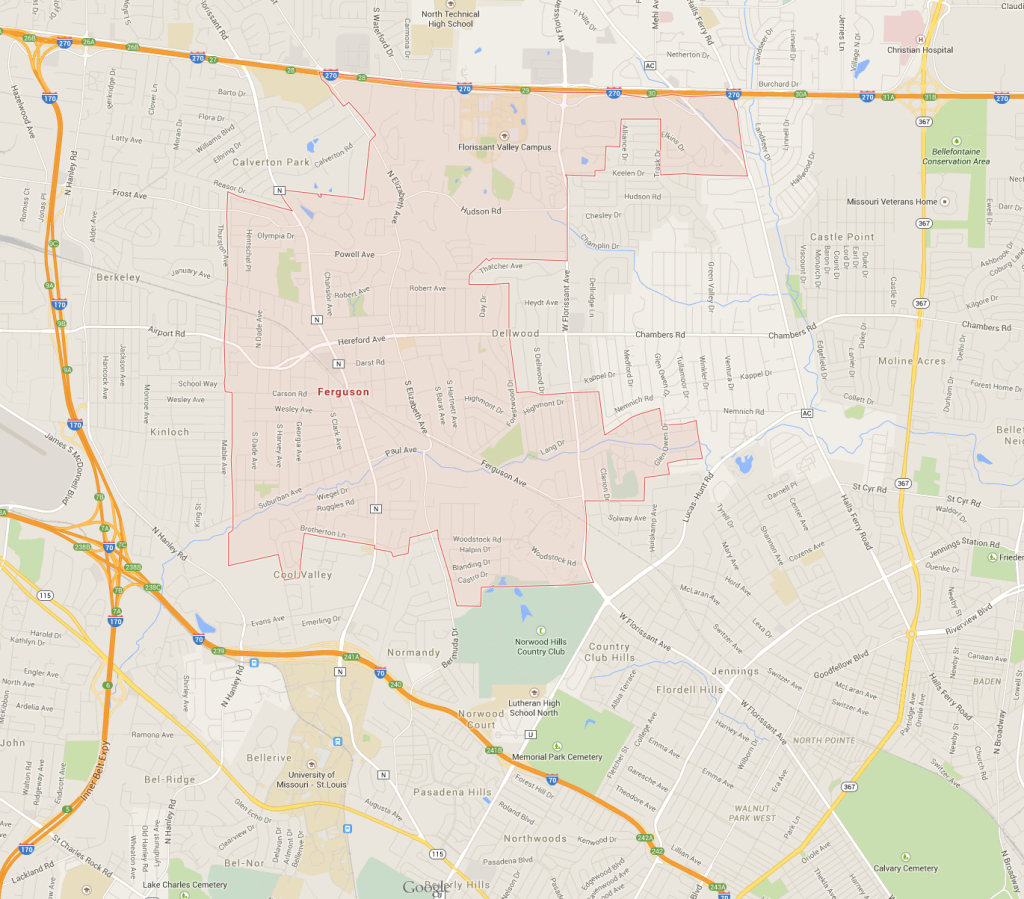 Of course, there are other obvious problems with the report.  Take searches by race.  The estimates done by the DOJ don’t discuss accounting for obvious factors such as whether people have a warrant out on them.  In addition, if those drivers from out of Ferguson are both more likely to be searched and are more likely to be black, it could account for the differences described.