AWR Hawkins with Breitbart News has this:

Breitbart News spoke with Crime Prevention Research Center president John Lott about the suggestion that a lack of information is allowing the wrong people to slip through our current background check system. Lott suggested the problem is completely different—that the real problem is in how our current background check system can inadvertently prevent law-abiding citizens from getting the guns they need when they need them.

With almost all those denied purchases of guns being false positives, adding more names to the systems will primarily result in more false positives.  There is no discussion of trying to fix these problems. 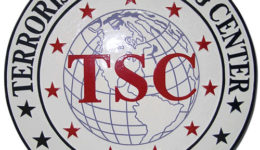