DC is adopting a May Issue concealed handgun law to “suitable firearms owners who can show they have a legitimate need for it to obtain a permit to carry a weapon in public in a concealed manner.”

Unfortunately, recent litigation losses suffered by Gura are being used to provide legal cover for this extremely restrictive concealed carry law.  As the memo below notes: “the District will follow the path of such states as New York, New Jersey, and Maryland, all of which have adopted similar licensing schemes.”  U.S. District Court Judge Frederick J. Scullin Jr.’s decision in the DC case would appear to require a right-to-carry law, but, with Democrats packing the DC Circuit court, it seems likely that his decision will be overturned.  Ultimately, all this will have to go to the Supreme Court. 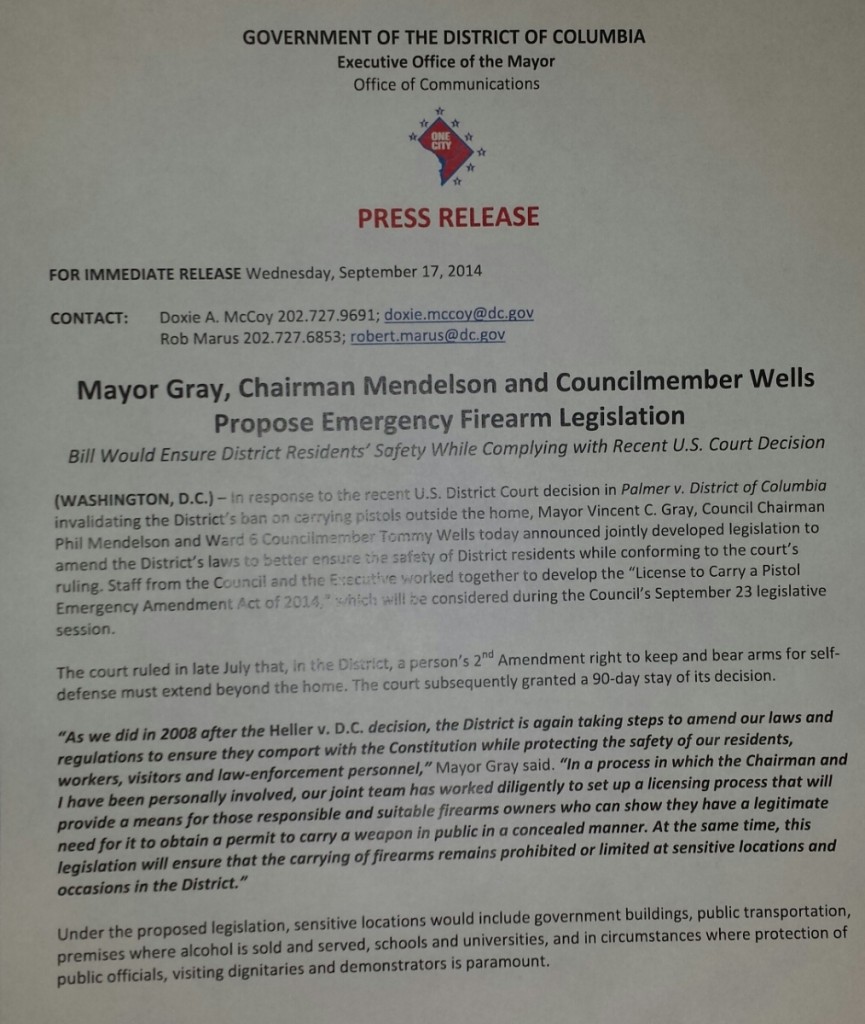 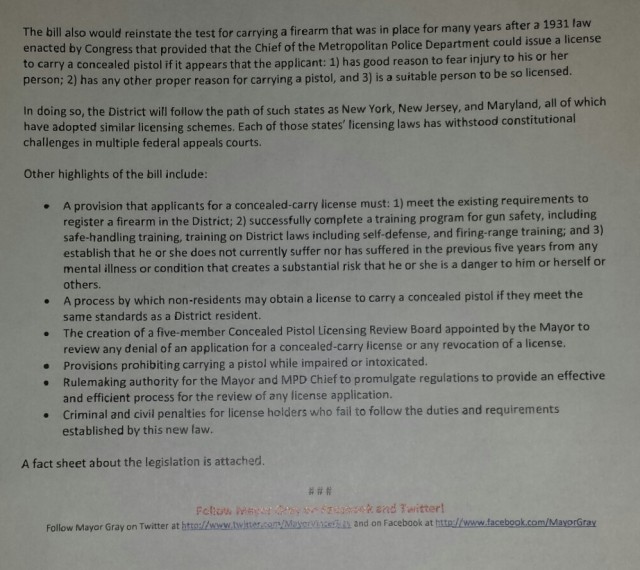 Here is a picture of the Arlington Memorial Bridge going into Washington, DC on May 18th.  The picture was taken by Adam. 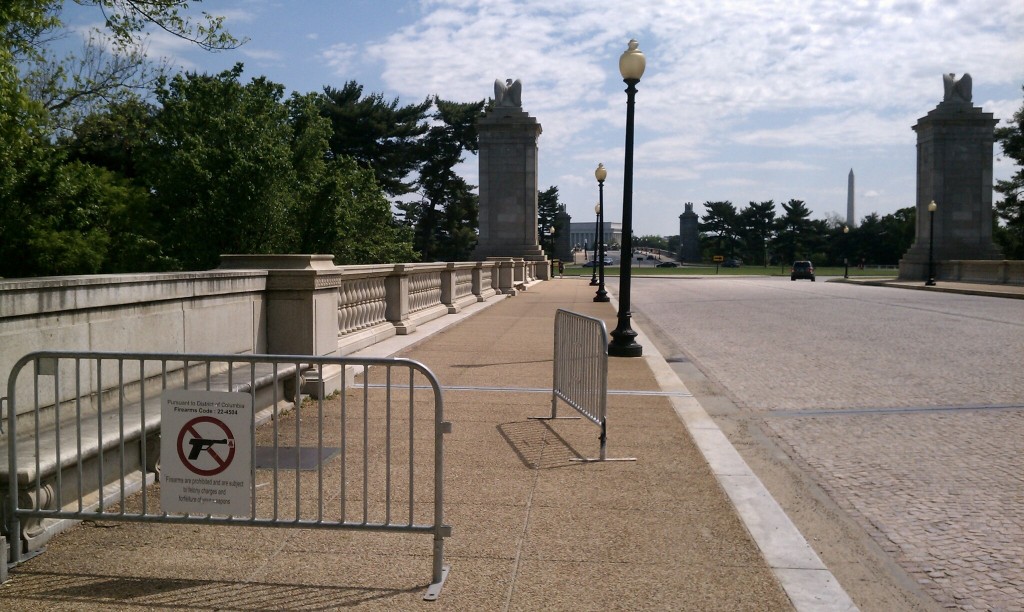