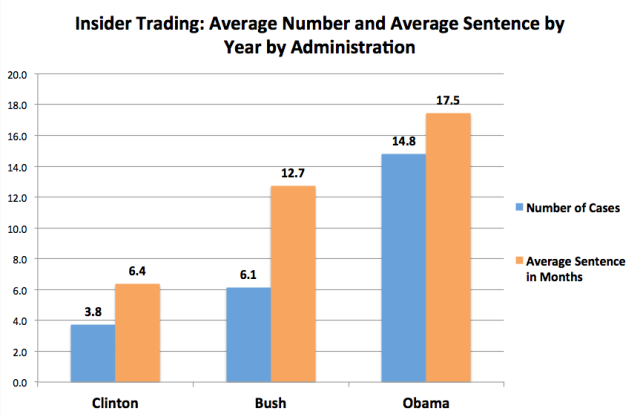 Original data available here.  The number of insider trading cases increased from 6 a year under President George W. Bush to 15 a year under President Obama.  The big increase in cases under Obama didn’t come until 2011, which isn’t surprising as it takes some time after a case is brought before a sentence is determined.  This bodes ill for the increase over cases during the rest of the Obama administration.  Some economists have questioned whether there should even be insider trading laws.  The arbitrariness of what is considered insider trading makes it so that government can often invent crimes after the fact.