More evidence that deterrence works: Since Apple’s “Activation Lock” debuted, thefts of iPhones has gone done even while thefts of Android phones has increased

Lowering the return to crime makes it less likely to occur.  In these diagrams, there are several possibilities about what is happening: either thieves are switching from the iPhone to Samsung devices, simply deterring criminals from stealing iPhones, and/or all cell phone theft is being deterred (possible if criminals aren’t sure what phone someone has before trying to steal it), but that the effect is larger for iPhones because of Apple’s “Activation Lock.”  From a report by the San Francisco District Attorney:

. . . In New York City, thefts of iPhones fell significantly after release of Apple’s Activation Lock.  In the first five months of 2014, just after Apple introduced Activation Lock, robberies and grandlarcenies from a person involving Apple products dropped, respectively, by 19 percent and 29 percent, compared to the same time period in the previous year. This is shown in the chart below. The decrease in Apple thefts far surpassed the overall decrease in robberies (-10%) and grand larcenies from a person (-18%). Perhaps most tellingly, both robberies and grand larcenies from a person involving a Samsung smartphone, another popular device, increased by over 40 percent compared to the first five months of 2013.

Crime data from San Francisco and London show that the introduction of Activation Lock likewise corresponded with a decline in iPhone thefts and an increase in thefts of other devices in those cities as well. As reflected in the Chart below, iPhone robberies in San Francisco declined 38 percent, while robberies of Samsung devices increased 12 percent in the six months after Activation Lock compared to the six months prior to Activation Lock. In London, Apple thefts declined by 24 percent, while Samsung thefts increased by three percent in the same time period. . . .

While deterrence is working here, the San Francisco District Attorney incorrectly infers that there should be a law forcing cell phone companies to adopt a so-called “kill switch.”  The problem is that it seems very likely that the makers of the cell phones internalize all the benefits and costs of making these “kill switches.”  Only if only the third option listed above were true (that the “activation lock” deters “all cell phone theft is being deterred (possible if criminals aren’t sure what phone someone has before trying to steal it)”) would you have an externality that implied that firms wouldn’t adopt these switches when it was socially beneficial, and even then there is the question of how large it is.  Under the first option (“thieves are switching from the iPhone to Samsung devices”) companies would even have too much of an incentive to adopt the “kill switches.” 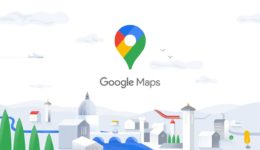 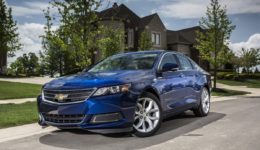