What percent of federal and state prisoners are there for drug offenses? 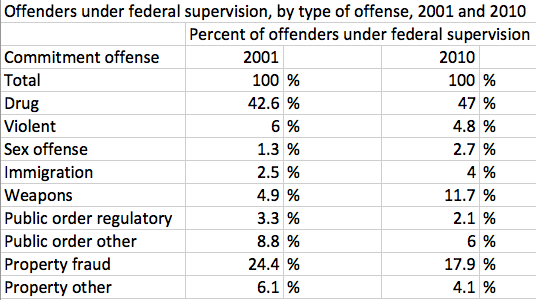