CPRC in the news at Fox News: “After Fort Hood: Should soldiers be allowed to bear arms on base?”

In debates on gun control, gun opponents usually speculate about what might go wrong. Unfortunately, the current debate over arming soldiers on military bases is no different.

Except for the military police, soldiers on military bases are banned from carrying guns. But that hasn’t always been the case.

The ban itself hasn’t been around that long. It was proposed during the George H.W. Bush administration in 1992 as an effort to make the military a more “professional business-like environment.” President Clinton rewrote and implemented the ban in 1993.

After the attack at Fort Hood this past week, many soldiers no doubt wished they had been carrying a gun. The six minutes before military police arrived at the scene proved much too long for the three people killed and 16 wounded.

Master Sgt. C.J. Grisham points out that there have been “nearly two dozen shootings at U.S. military installations” since the 1993 ban. Yet such attacks have not occurred in Iraq and Afghanistan, where virtually all soldiers have carried a loaded weapon. Nor were they occurring when guns were allowed to be carried on U.S. bases. Gun-free zones in the military have not worked any better than they have in civilian life. . . .

The piece is continued here.

Here is a dramatic statement to Texas state senate in a letter who was present at last week’s attack.

One case that is consistent with this discussion occurred in Iraq in May 2009, and it is discussed here. Sgt. John Russell was convicted of killing five other soldiers with a gun in 2013. The attack occurred in a mental health clinic that was apparently a gun-free zone. The killer had a grudge with someone, but the fact that he settled the grudge in the one place on the base where guns were banned is consistent with the general concern raised about gun-free zones.

There were two other attacks that should be mentioned. One in Kuwait on March 23, 2003 involved Sgt. Asan Akbar of the 101st Airborne Division’s 326th Engineer Battalion who threw stolen grenades into several tents. In the second case in Iraq in 2005, appeared to involve Sgt. Alberto Martinez, who was accused of using a claymore mine to kill two officers. However, Martinez was found “not guilty.” For a discussion on the differences between using guns versus bombs in these types of attacks see this research paper available here.

In addition to the names listed in the Fox News piece, some other soldiers have come forward to support soldiers carrying weapons on base. The Army Times has a couple more names and their statements: Staff Sgt. Jacob Wiley and Sgt. Eric Chambers. 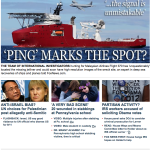