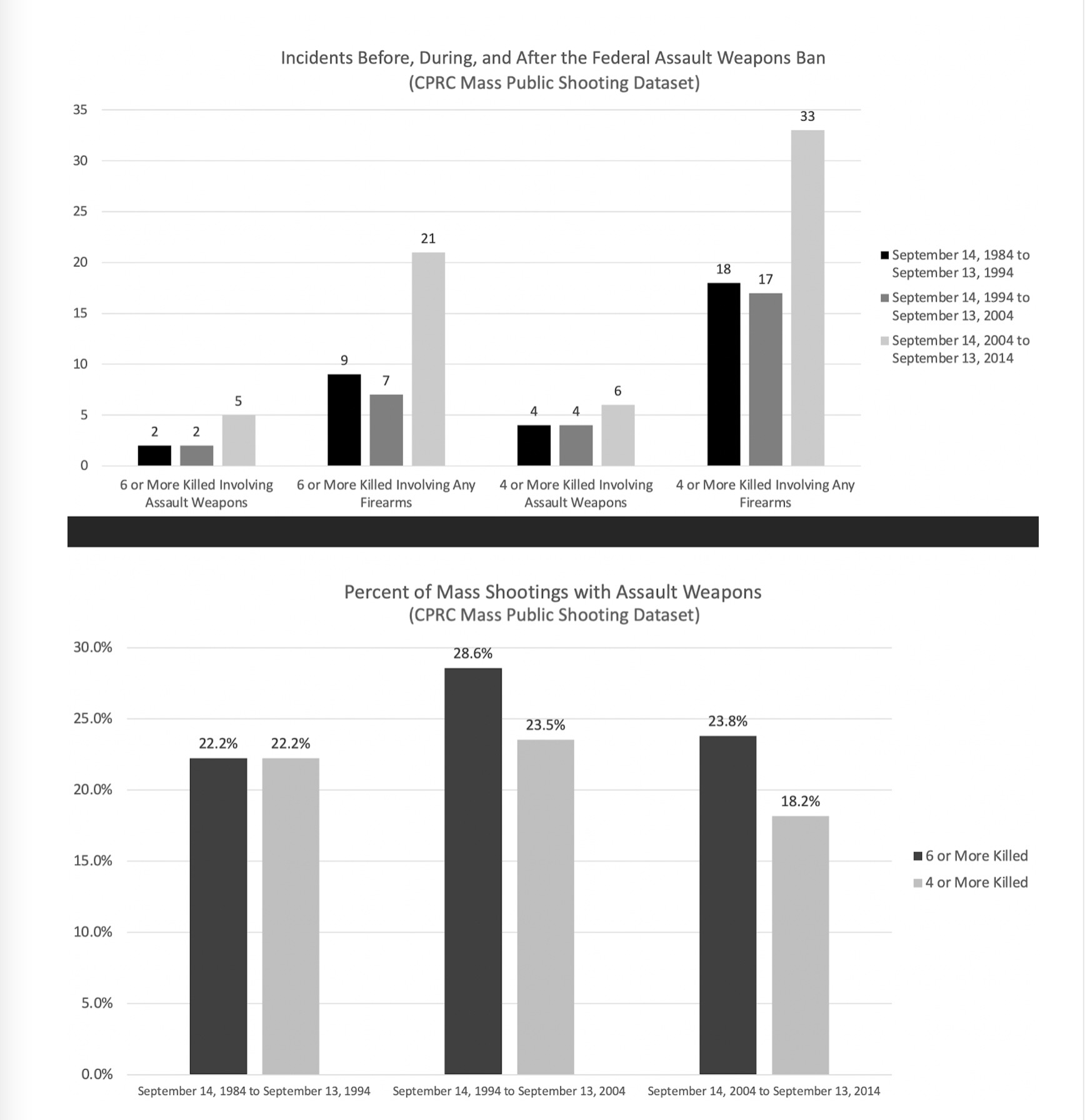 Transcript of Biden’s Speech Tuesday night about the shooting at Robb Elementary School in Uvalde, Texas

There was no drop in the number of attacks with assault weapons during the 1994 to 2004 ban (data available here). There was an increase after the ban sunset, but the change is not statistically significant. More importantly, if Biden’s claim is correct, we should see a drop in the percent of attacks with assault weapons during the federal ban period and then an increase in the post-ban period, but the exact opposite is true. You can’t have the ban reducing the number of attacks without the share of attacks using assault weapons falling. While virtually all the work in this area looks at attacks where four or more people are murdered, the graphs above look at 6 or more because of claims by Louis Klarevas.

Finally, we show Klarevas’ unique data that the Biden administration has been relying on. Not only does Klarevas create his own definition of mass public shootings involving six or more murders, but, importantly, he also has his own unique set of cases that ignore the FBI definitions of public places and attacks that don’t involve some other type of crime. Still, even with those changes, the share of mass public shootings involving assault weapons falls after the assault weapon ban sunset because the increase in attacks primarily involves more non-assault weapons. Again, it would be interesting to have a gun control advocate explain that.

There has been a lot of research on the assault weapon ban, and even work paid for by the Clinton administration was unable to find any benefits from the law, including any reduction in any type of violent crime or mass public shootings. Here is a recent California judicial decision that came to the same conclusion regarding California’s assault weapon ban.

The number of attacks surely has not tripled after the ban ended.

The data used in these graphs is available here and here.

← Another School Shooting in a Place where teachers and staff were banned from carrying guns: Robb Elementary School in the Uvalde, Texas CISD Law & Order SVU and FBI Int'l pushes machine gun myth by criminals and emphasizes extended magazine →