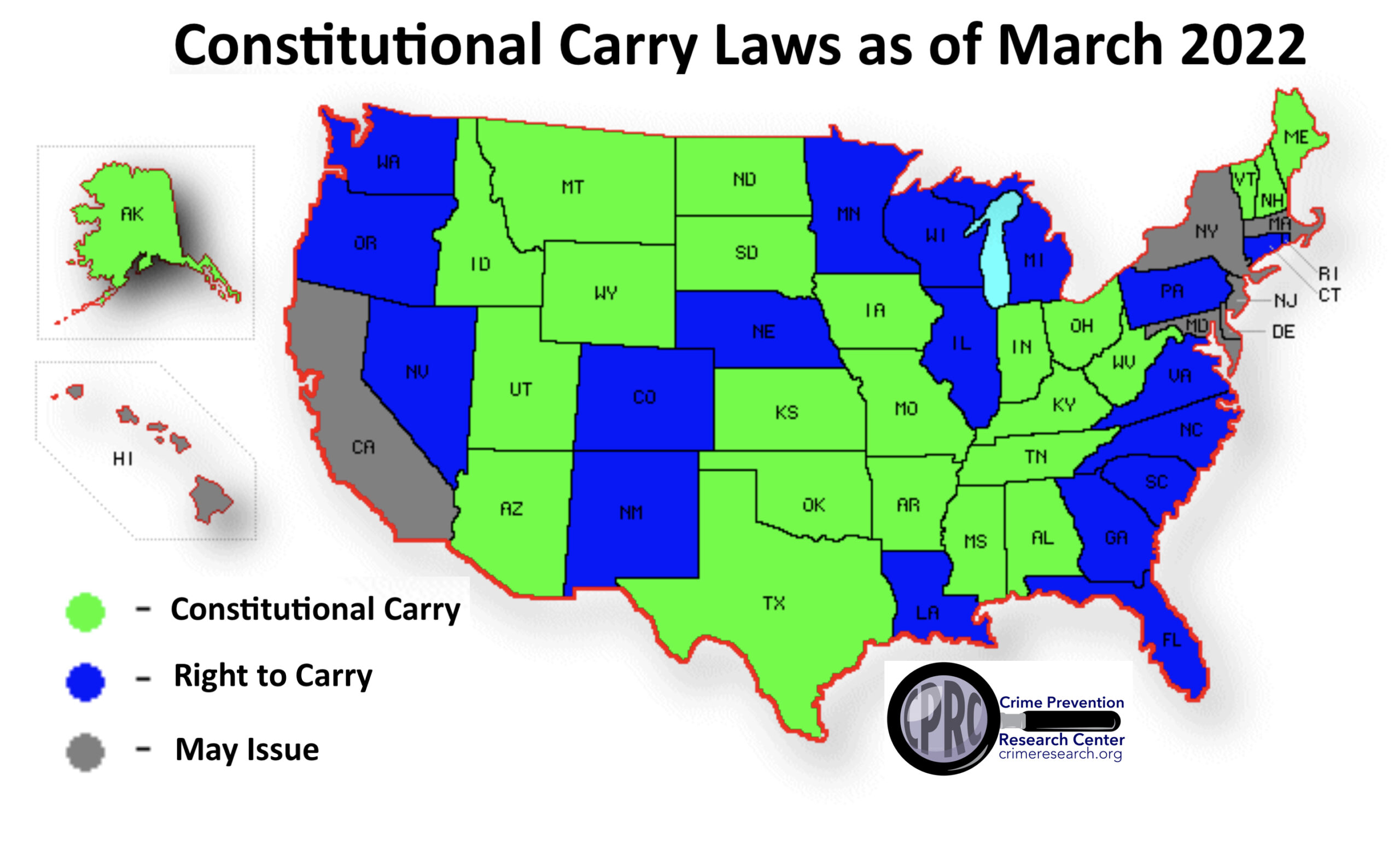 Today Indiana Republican Gov. Eric Holcomb signed the state’s Constitutional Carry/Permitless Carry bill. On Tuesday, March 8th, the Indiana House and Senate sent a Constitutional Carry bill to Republican Gov. Eric Holcomb. The House passed the bill on a 68-to-30 vote. The Senate passed the bill by a 30-to-20 margin. Dr. John Lott testified in Indiana on the bill.

It appears that Georgia will enact Constitutional Carry this week, and Nebraska will very likely then be the 26th state.

Sixty-one percent of the country is covered (2.155 million square miles), and if Georgia and Nebraska pass it, 65% of the country will be covered (2.289 million square miles). There are now 109 million Americans who are covered by Constitutional Carry. When Georgia and Nebraska pass, that will mean about 122 million Americans will be covered.

← On America's Voice Live: How "devastating" are Biden's sanctions on Russia Evidence of large scale ballot harvesting in Georgia and Wisconsin 2020 Presidential Election →