Finally, a TV show with a successful defensive gun use, Paramount’s Yellowstone 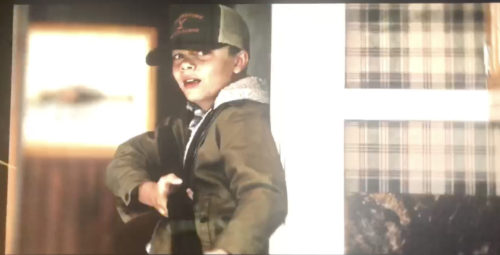 You will search in vain for civilians successfully using guns in self-defense in entertainment television shows. When civilians use guns defensively, something always goes wrong. Either they die using the gun, accidentally shoot the wrong person, or they get in the way of police trying to do their job. We regularly collect those cases, so when a television show finally shows a successful defensive gun use, we want to acknowledge it.

Paramount’s Yellowstone (Season 4, Episode 1) features an all-out attack to wipe out the Dutton family (everyone apparently but Jamie Dutton). In one scene, one of the attackers is in the Dutton home and goes after Monica Dutton (played by Kelsey Asbille). The attacker briefly knocks Monica out, and while the attacker goes for his gun to finish her off, Monica’s 12-year-old son Tate saves her by successfully shooting the attacker.

So not only does this show have a defensive gun use, but that it is by a 12-year-old must surely upset the gun control advocates. Earlier this year, the Crime Prevention Research Center posted 21 defensive gun uses between January and mid-July by people under age 21. A couple of the cases that got media attention were by 12-year-olds, and another case was by a 13-year-old.

← On NewsMax: What happened at the US Supreme Court hearing on New York's Concealed Handgun Law? On American Family Radio's Sandy Rios: The Supreme Court takes up an Important Second Amendment Case →