New York City’s likely next mayor calls out gun control hypocrites, will carry a gun himself when he is mayor 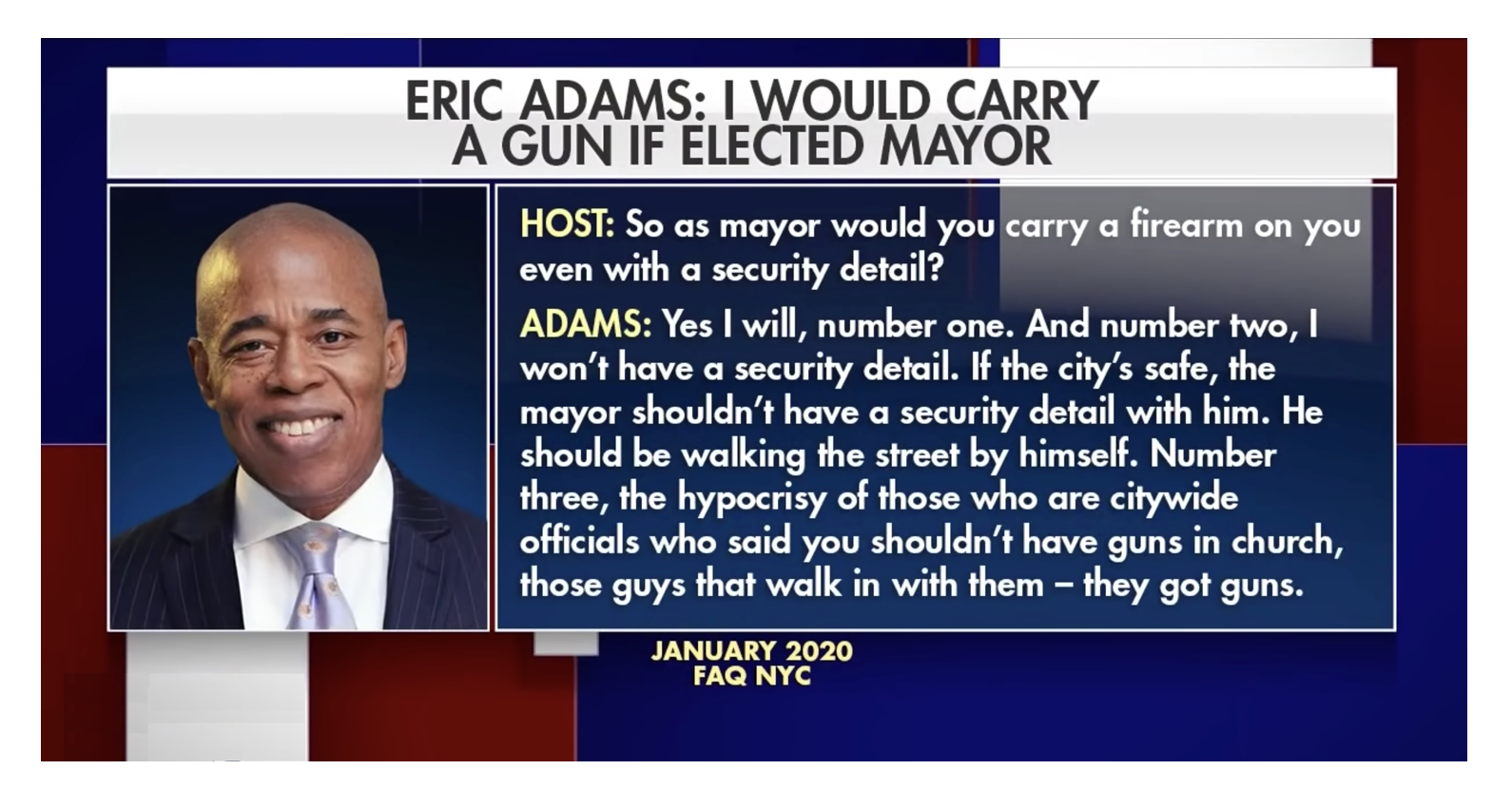 Gosh, Eric Adams might be a traditional liberal in lots of ways, but there is one thing that makes a huge difference: he was a police officer for 20 years.

Adams, the Brooklyn Borough president, was the first-place pick for 21 percent of the respondents in a three-day survey conducted by Washington, D.C.-based firm GQR, according to a copy of the survey obtained by POLITICO. Yang followed at 18 percent, and City Comptroller Scott Stringer had 15 percent support.

HOST: So as mayor would you carry a firearm on you even with a security detail?

ADAMS: Yes I will, number one. And number two, I won’t have a security detail. If the city’s safe, the mayor shouldn’t have a security detail with him. He should be walking the street by himself. Number three, the hypocrisy of those who are citywide officials who said you shouldn’t have guns in church, those guys that walk in with them – they got guns.

Needless to say, comments such as that on guns has caused New York media to run headlines like this; “How Eric Adams has shocked New York.”

Some of the attacks have been interesting: “citing Adams’ past as a registered Republican and calling him an ‘enabler’ of the Independent Democratic Conference — a group of breakaway Democrats in the state Senate who caucused with Republicans giving them control of the chamber for years.’

← On the Michigan Talk Network: Supreme Court agrees to hear a major 2nd Amendment case that could face gun laws everywhere On The National Radio Show The Chose Generation: Exposing Lies about Guns →