Dr. John Lott has a new piece in today’s Missoulian about the problems with Missoula’s mail-in vote problems. All the documentary information is available at the end of the link here.

Montana got to see firsthand how well a mail-in election goes. If the results from Missoula County are any indication, it didn’t go well.

Local state Rep. Brad Tschida conducted a review of Missoula votes with the assistance of the Missoula County Elections Office. He found 4,592 out of all 72,491 mail-in ballots did not have envelopes — 6.33% of the total. That is a real problem. It is against the law to count mail-in votes if there is no envelope. There is no way to match up signatures to verify if the vote is from a registered voter or to determine if the ballot was cast on time, as there is no date to check.

When local attorney Quentin Rhoades asked Missoula County Elections Administrator Bradley Seaman about this, Seaman provided no explanation for the envelope undercount. Seaman now claims those conducting the ballot review didn’t have the proper training or procedures, but counting envelopes isn’t difficult. County election officials set up the process for the count, they supervised the count, and those doing the count did exactly as they were told by the election officials.

Indeed, those doing the count were told that they may have been given the same envelopes twice to count.

A smaller random set of the mail-in ballots, 15,455, were checked for other problems. Fifty-five did not have dates. Fifty-three did not have their signatures checked. That equals a rate of 0.7%.

Extrapolating from the sub-sample, that would make more than 5,000 of Missoula County’s votes — over 7% — with unexplained irregularities.

Video recordings must be made of the initial opening of ballots and recount, but, disturbingly, they no longer exist. Despite multiple warnings from the attorney handling the review to keep relevant evidence, the county did not keep the video recordings, as required by law.

Despite the absence of these video recordings, the county now says trust us — that they counted and scanned in all these envelopes.

The concerns are significant enough for Montana’s Governor, Greg Gianforte, to announce on April 1 that he talked to Montana Secretary of State Christi Jacobsen about the problems. He pointed out that his repeal of previous Gov. Steve Bullock’s executive order mandating all-mail-in ballots made it much easier to assure election integrity.

Several close races in Missoula might have been affected by these problems. Only 190 votes determined the winner of House District 96. The margin in District 94 was 435 votes.

If this problem occurred in past years in Missoula County, the state’s second-most populous county, it could have determined some statewide elections. In 2012, the Democrat superintendent of public education won the race by 2,231 votes. Bullock won the governorship by just 7,571 votes.

Concerns over absentee and mail-in ballots aren’t limited to the United States. Indeed, almost all European countries have much stricter voting rules to prevent fraud. For example, 74% of European countries entirely ban absentee voting for citizens who live in their country. Another 21% either limit it to those in the military or in a hospital, and they require evidence for this, or require that one present a photo voter ID to acquire it. The pattern is similar for developed countries around the world.

The media says any election fraud claims are “false.” But if concern about voter fraud with mail-in ballots is delusional, it is a delusion shared by many around the world. Almost all democracies require government-issued photo IDs. Americans are assured even this step is unnecessary.

A 7% gap is not acceptable.

← The Use Of Machine Guns On Television Shows Never Stops: ABC’s The Rookie WCBI in Mississippi: "Notary Arrested, Charged With Voter Fraud In Connection With Aberdeen Alderman Election" → 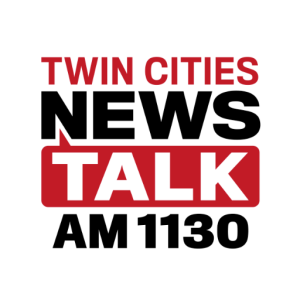