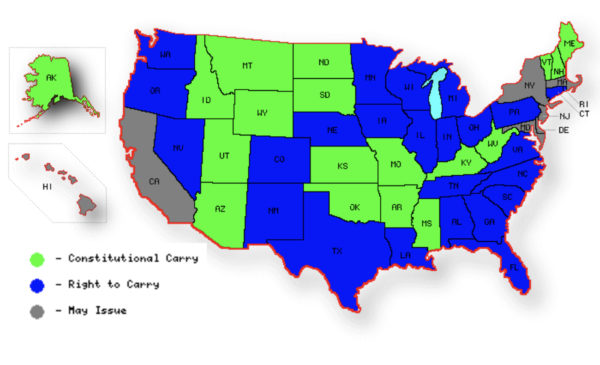 With a number of states adopting Constitutional Carry laws, one of the issues that is coming up is what should the age limit be for those who carry. Of the 18 Constitutional Carry states, twelve allow people to carry guns at 18 years of age. One other state allows carrying at age 19. We have previously done research showing that 18 to 20 year olds are just as responsible at carrying as those who are 21 and older, though we can’t tell whether the results are similar for those who aren’t required to get a permit. If you count New Hampshire and Vermont age limits as 18 (given that is federal law), the average age that people can carry in Constitutional Carry states is 18.9 and in Right-to-Carry states is 19.7.

Maine 21 and older, people 18-20 years old and without military qualifications must have a permit to carry concealed.

Utah 21 and older, can get a provisional concealed handgun permit at 18

Vermont 16 and older, though Federal law requires that you must be 18 and older

The Right-to-Carry states tend to be a little bit more restrictive.

Virginia 18 and olderWashington 21 and older

← On the Bill Martinez Show: On the relationship between crime and gun ownership At the Tennessee Conservative: Victim Of Stalking & Violent Crime Shares Her Harrowing Story In Support of Lifetime Protection Bill →