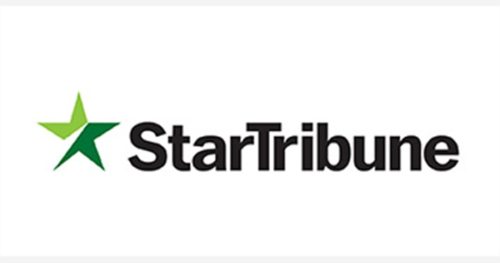 Dr. John Lott and CPRC Board Member Joe Olson have an new op-ed piece in the Minneapolis Star Tribune that discusses what is at

For months, Joe Biden, Kamala Harris and Senate Democrats have talked about eliminating the filibuster. With Justice Ruth Bader Ginsburg’s death, some Senators have said they must get rid of the filibuster so that they can pack the Supreme Court.

Even if not used to pack the Supreme Court, eliminating the filibuster would radically transform the Senate and our country.

During the first presidential debate, Biden refused to answer the question about the filibuster. Last week, during the Minnesota Senate debate with Republican challenger Jason Lewis, Sen. Tina Smith was asked the same question. She said: “I’m not gonna go there.”

With surveys showing Americans oppose packing the Supreme Court, it is obvious why Democrats have gotten shy about telling voters their plans.

Those who dislike President Donald Trump may think it’s OK to let the Democrats run things for four years. “Never Trumpers” might be fearful of the leftward lurch of the Democratic Party, but believe they could always fix things four years later. But the threat of eliminating the filibuster makes this election very different.

Filibusters allow a united minority of senators to prevent legislation from being passed. The Senate can only end a filibuster with 60 or more votes.

No party has 60 seats in the Senate, so legislation requires some bipartisan support. Democrat Senate Minority Leader Charles Schumer used to approvingly call the Senate “the cooling saucer for our politics — that can show the nation bipartisanship, compromise and progress.”

But if Democrats end the filibuster, simple, party-line majorities will be able to pass bills. And if the same party controls both the House and Senate, legislation will be able to zip right through Congress.

If Biden wins, he will likely pull the Senate with him. The election betting odds now estimate that the Democrats will have a 51-to-49 seat majority in the Senate.

The changes Democrats would bring could produce a very different country. Let’s look at their top priorities.

Biden promises on his first day in office to present legislation to allow citizenship to all the undocumented immigrants in the country. The promises of free health insurance and citizenship, not to mention lack of border enforcement, would likely encourage even more illegal immigration into the country.

Democrats’ national platform promises to “stand united against” state voter ID requirements and the cleaning up of voter registration rolls. They also propose to make the United States the only country in the world to mandate mail-in balloting.

Trump’s hundreds of federal judicial confirmations have only just brought the courts into rough balance, with Democratic appointees still controlling circuit courts for 24 states, plus the D.C. circuit court. But Democrats can quickly undo this by passing legislation that expands the number of seats on these lower courts, ensuring Democrat judicial majorities on every circuit.

Those judicial majorities would ensure that all of the Democrats’ new laws pass constitutional muster. It would also let Democrats control redistricting, to increase their control of the U.S. House and state legislatures.

The Democrats’ platform this year includes gun bans and other regulations such as licensing and registration. This would quickly pass. Free speech would no longer be so free, as “hateful” speech would be criminalized. Other promises include federal funding for abortions.

Teachers’ unions will be placated as Biden fulfills his promises to end competition from charter schools and voucher programs, such as the DC Opportunity Scholarship program.

Biden and congressional Democrats have also endorsed California’s new law that bans broad categories of workers from classifying themselves as freelancers or independent contractors. Uber, Lyft, and other gig-type businesses are talking about shutting down their operations in the state, and they might find themselves going out of business nationwide.

All this and more can happen if Democrats end the filibuster. Democrats have only supported the filibuster in recent years because it prevented Republicans from undoing legislation they liked, such as the Affordable Care Act. Or from passing measures such as school vouchers or national reciprocity for concealed handgun permits.

Democrats now believe they could so fundamentally change the voting rules that they won’t even have to worry about Republicans getting back in power.

If Biden and Smith win and Democrats control the Senate, the country will become unrecognizable. Moderates and conservatives should be very afraid of the radical changes coming.

Joseph Olson is professor emeritus at the Mitchell-Hamline School of Law in St. Paul. John Lott is the president of the Crime Prevention Research Center