And people wonder why gun sales are skyrocketing: Over 60 Portland 911 calls go unheeded overnight as police respond to riot 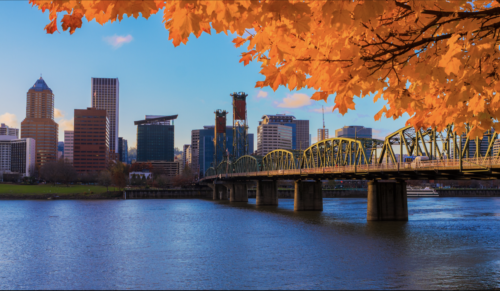 Among the calls that police didn’t respond to included: “Call types ranged from theft, vandalism, suspicious activity, hazards, hit and run, burglary, violation of restraining order, alarms, stolen cars, harassment and many others.”

More than 60 emergency calls to police went unheeded overnight in Portland as officers were preoccupied with hundreds of demonstrators downtown and were pelted by rocks.

On the 80th consecutive night of protests, the Portland Police Bureau declared a riot around midnight Sunday after a crowd of hundreds had blocked traffic for three hours by the Penumbra Kelly Building in the 4700 block of East Burnside Street, trespassed on the closed property and engaged in “violent, tumultuous conduct.”

The targeted building is owned by the city and is used by city and county employees, including the Police Bureau. . . .

Two officers went to the hospital. A photo shared by the police bureau showed a 9.5-pound rock that was thrown by a person posing as “press” as the officer “prepared to ride away on a truck.” Several arrests were made. . . .

More violence where the police arrived after a brutal beating had occurred.

Videos that emerged from the scene were chilling. The man identified as the driver could be seen getting punched, kicked and ordered not to leave in the middle of a city street. The man in the video, at one point, appeared dazed after the initial assault, but suffered the worst blow when he absorbed a roundhouse kick to the side of the head.

Portland police told Fox News in an email that officers responded to a report of an injured person at Southwest Broadway and Southwest Taylor Street at about 10:30 p.m.

Sgt. Kevin Allen, a police spokesman, said reports indicate that protesters “were chasing the truck before it crashed, and they assaulted the driver after the crash.” . . .

By the way, even after federal law enforcement has left, the rioters are still targeting the federal court house. From three days ago: