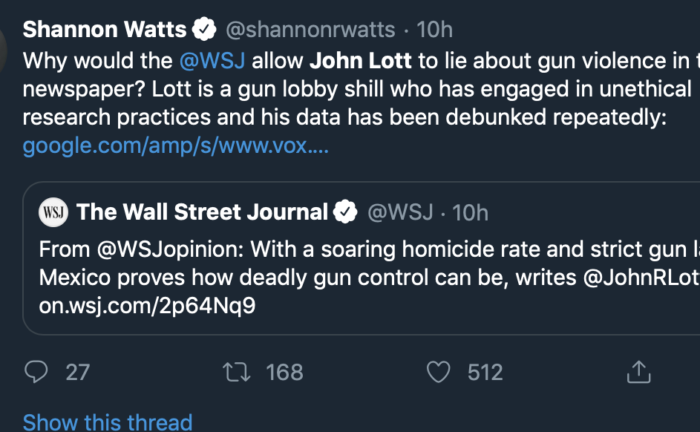 The big response from Michael Bloomberg’s gun control advocates to my op-ed in the Wall Street Journal was that I was a “gun lobby shill.” It is a false claim that Shannon Watts and other gun control advocates have floated before and I have responded before. Neither the Crime Prevention Research Center nor I have received a $1 for any of our research. We have that policy posted on our website. Shannon Watts also links to an attack on Dr. Lott in the left wing Vox, but that was also something that we had previously responded to. Not that Watts could respond to our responses, she finds it necessary to keep repeating the same links over and over again.

Of course, neither Shannon Watts nor any other gun control advocates responded to my Tweets. As is typical, they attack and then move on.