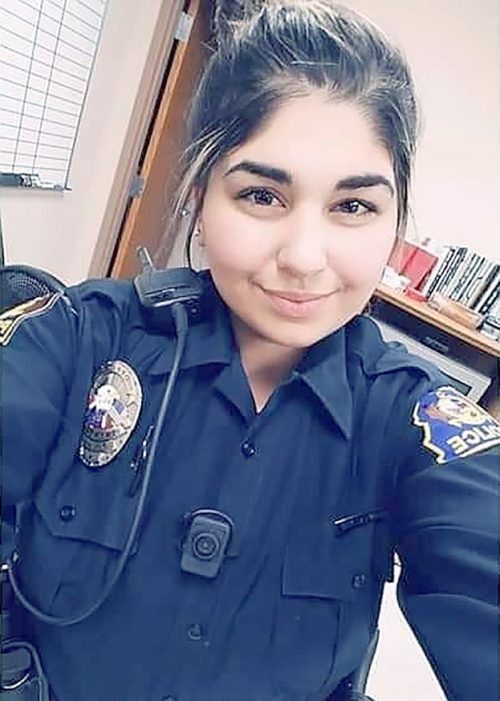 An armed citizen and his companions came to the aid of a female police officer who had just been shot with her own gun. She was escorting an inmate to a mental health evaluation when he made a struggle for the firearm.

The Missouri Highway Patrol reports that Trenton, Missouri Police Officer Jasmine Diab was shot in her abdomen just after 3 p.m. on Friday, June 14, 2019. Jamey Aaron Griffin was charged with first-degree degree assault, armed criminal action and unlawful use of a weapon.

Sgt. Jake Angle said Griffin was restrained but was able to initiate a struggle over the female officer’s gun inside the vehicle.

The Trenton officer was shot in the abdomen. She was taken by helicopter to an area hospital.

The highway patrol reports Saturday afternoon that she remains in critical but stable condition. . . .

KCTV had a follow-up story about how the attack ended. Remember that Griffin was armed.

The witness said one of those good Samaritans was able to control the situation because he carried his own gun. He never fired it, but he cornered the inmate who was trying to make the wounded officer drive with a stomach wound. Then, the men were able to hold that inmate to the ground by pointing a gun to his head. . . .

In this case, the police believe that the armed citizen’s intervention was “critical” to stopping the criminal from possibly “doing more harm.” The fact that the officer was still in critical condition a day after being shot indicates that the civilian may have come to her rescue just in time.

“In this case, they chose to intervene and come to an officer’s aid and subdue the suspect and possibly keeping him from escaping or doing more harm,” Trooper Angle told WDAF. “I am not advocating that people need to feel that they intervene in a situation this level, however, people chose to and in this situation it was critical.” . . .

← On the Lars Larson Show to discuss the Virginia Beach Shooting, the dangers of gun-free zones and more On the Pat Miller Show on Minorities and Gun Control →