In association with “Free the People,” the CPRC has put together a new video on the push for background checks on the private transfer of guns.

The U.S. House is voting on Tuesday, February 26th, 2019 to impose universal gun background checks. But the fact is, if these rules had been in place, they would not have prevented a single mass public shooting in recent years. Instead, they stop law-abiding citizens from owning a gun, most often poor people and minorities. Everyone wants to stop bad guys from getting guns, but universal background checks is just not an effective way to do that. 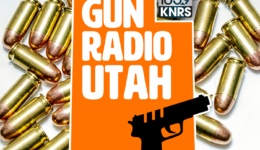