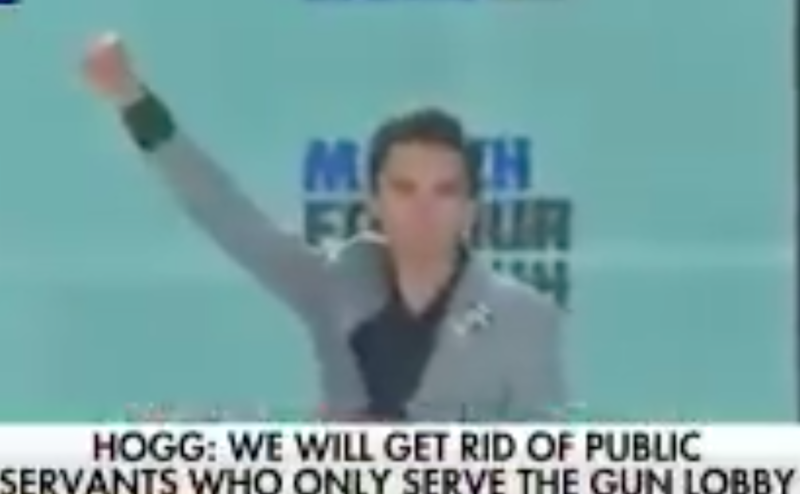 The mirage that young people are in mass pushing for gun control. If anything, younger people are least inclined towards it.

For those who were at the “March for Our Lives” event this past Saturday, there were lots of old people with grey hair and lots of middle age people, but relatively few who were high school age.  Of course, we weren’t able to see the whole crowd, nor did we really try, but it turns out that only about 10% were under 18 years of age and

“My research tells a different story about who participated in the March for Our Lives — and it is more complicated and less well-packaged for prime time,” University of Maryland sociology professor Dana R. Fisher wrote in a Wednesday story for the Washington Post.

Fisher’s study indicates that — while news coverage focused on the teenagers marching for gun control in the wake of last month’s shooting at Stoneman Douglas High School in Parkland, Florida — 90 percent of the crowd was actually adults. She said the average age of adults in the crowd was just under 49.

“Contrary to what’s been reported in many media accounts, the D.C. March for Our Lives crowd was not primarily made up of teenagers,” Fisher wrote. “Only about 10 percent of the participants were under 18.”

Fisher said her team sampled 256 people who were randomly selected.

Her research will become a book titled “American Resistance” and will be published after the midterm elections.

Fisher also expressed skepticism that all those who showed up to the march were there primarily because of their views on guns. Some, she said, came for entertainment. . . .

Other survey evidence indicates young people are possibly more pro-self defense as a way of stopping violence than other people.  Given the popular perception, it is interesting to see a USA Today poll showing that only 50% of young people thought that “tightening gun control laws and background checks will prevent more mass public shootings in the United States.”  Those 13 to 17 were somewhat more conservative/libertarian on this issue than those who were 18 to 24 years of age (with just 47% of those 13 to 17 feeling the laws would help while 54% of those 18 to 24 thought so).  By contrast, 61% of all voters agreed with that statement.

However, most of these surveys look at voting age people, but they are still instructive. Here are a couple of recent ones from Reuters.

Even a review of polling by NPR, using slightly older survey data, came to the conclusion that you people were not more liberal on the gun control issue than older people.

Some have called them the “voice of a generation on gun control” that may be able to turn the tide of a long-simmering debate.

But past polling suggests that people younger than 30 in the U.S. are no more liberal on gun control than their parents or grandparents — despite diverging from their elders on the legalization of marijuana, same-sex marriage and other social issues.

“Sometimes people surprise us, and this is one of those instances that we don’t know why,” says Frank Newport, editor-in-chief of Gallup.

Over the past three years, his polling organization asked the under-30 crowd whether gun laws in the U.S. should be made more strict, less strict or kept as they are now. On average, people between the ages of 18 and 29 were 1 percentage point more likely to say gun laws should be more strict than the overall national average of 57 percent.

“Young people statistically aren’t that much different than anybody else,” Newport says.

‘What a whole generation feels’?

Polling by the Pew Research Center last year came to similar conclusions: 50 percent of millennials, between the ages of 18 and 36, said gun laws in the U.S. should be more strict. That share was almost identical among the general public, according to Kim Parker, director of social trends research at Pew. . . .