At NYDY:The federal background check system is a mess;why won’t Democrats and gun-control advocates press to fix it? 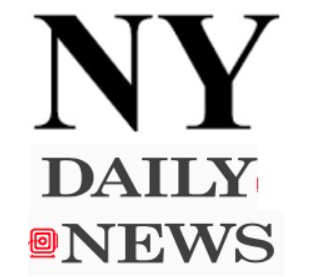 Dr. John Lott has a new op-ed at the New York Daily News.  The piece starts this way:

Within hours of the slaughter of 26 people at the church in Sutherland Springs, Texas, Democrats were calling for expanded background checks to cover the private transfers of guns. If they had waited a few hours, they would have learned that such a law wouldn’t have stopped the attack in Texas. Nor would it have stopped any of the other mass public shootings since at least 2000.

Sadly, while they keep calling for new additional checks, we have just learned that the Obama administration didn’t run the current system particularly well. Devin Kelley, the killer, was convicted of domestic violence in 2012 (assaulting his wife and brutally fracturing his stepson’s skull) and he received a “bad conduct” discharge from the military. But the Obama administration failed to enter the conviction into the National Instant Criminal Background Check System (NICS).

Kelley apparently lied about his record on the form that he filled out to buy the gun (the 4473). Had Kelley’s information been in the system, he would have been caught illegally trying to buy the gun, and his lying would have gotten him a conviction for perjury. He should have been in prison serving out at least a three-year prison sentence.

Democrats are furious, directing their anger at the Air Force, not the Obama administration that ran things when Kelley was convicted. Sen. Richard Blumenthal (D-Conn.) demanded the Department of Defense and the Department of Justice explain “where, why and how this process failed.”

This would have been one of the very rare times the system actually caught a bad guy. Typically, the only people the NICS system stops from buying guns are law-abiding individuals who are just confused with criminals.

In 2010, the last year the Bureau of Justice Statistics released a full annual report on the operation NICS system (the Obama administration stopped releasing annual reports after that), there were 72,659 denials, but only 44 federal prosecutions and just 13 convictions.

Of those 13 convictions, only six were for possession of a firearm by a felon. There were an equally small number of state prosecutions. The reason for the big gap between the 72,659 and the 44 federal prosecutions is that these aren’t real cases. It is one thing to stop a criminal from buying a gun. It is something entirely different to stop someone because they have a name similar to criminal.

Over time these “false positives” have added up to several million people. The reason for these mistakes is simple: using roughly phonetically similar names and birthdates just doesn’t allow for much accuracy.

It is something that is easy to fix, just by requiring that the government use all the information the government collects when gun buyers fill out the 4473 form (e.g., their Social Security numbers and addresses). . . .