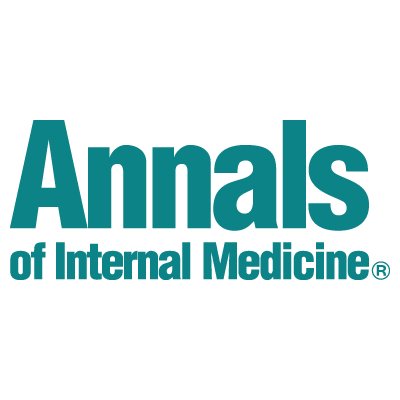 Results: Compared with the 2 weeks before, postshow firearm injury rates remained stable in regions near California gun shows but increased from 0.67 injuries (95% CI, 0.55 to 0.80 injuries) to 1.14 injuries (CI, 0.97 to 1.30 injuries) per 100 000 persons in regions near Nevada shows. After adjustment for seasonality and clustering, California shows were not associated with increases in local firearm injuries (rate ratio [RR], 0.99 [CI, 0.97 to 1.02]) but Nevada shows were associated with increased injuries in California (RR, 1.69 [CI, 1.16 to 2.45]). The pre–post difference was significantly higher for Nevada shows than California shows (ratio of RRs, 1.70 [CI, 1.17 to 2.47]). The Nevada association was driven by significant increases in firearm injuries from interpersonal vi- olence (RR, 2.23 [CI, 1.01 to 4.89]) but corresponded to a small increase in absolute numbers. Nonfirearm injuries served as a negative control and were not associated with California or Ne- vada gun shows. Results were robust to sensitivity analyses.

Conclusion: Gun shows in Nevada, but not California, were associated with local, short-term increases in firearm injuries in California. Differing associations for California versus Nevada gun shows may be due to California’s stricter firearm regulations.

Just to put things in perspective, about 0.7% percent of guns used in crime originate at gun shows.

This study by Matthay, Galin, Rudolph, Farkas, Wintemute, and Ahern has made a number of very strange choices.  The first one is that no explanation is offered for why the authors look at the supposed effects of Nevada gun shows in California, but not the effect of Nevada gun shows in Nevada.  Firearm death data is readily available in every state.  The decision strikes one as cherry picking.  It is bad enough that the authors are only looking at two states over a period of time that laws aren’t changing, but to only look at death and injury rates in one of these two states is suspicious.  One would expect that the effects to be larger near the gun show.  So the effects in Nevada from Nevada gun shows should be bigger than those in California.

Matthay et al. also lump together firearm deaths and injuries.  Given the huge difference in the costs from death and injuries (many of which are likely to be very trivial), this is not the normal practice.  It raises particular questions given previous work that finds drops in homicides or murders from gun shows.  The examination of homicides to measure deaths is also questionable because it includes justifiable homicides.  If gun shows allow more justifiable homicides, that would appear to be a benefit, not a cost.

If anything, the evidence points in the other direction for murders or homicides. Earlier work that Dr. Lott did using state-level data for the entire country from 1977 to 2000 implies that gun show regulations not only significantly reduce the number of gun shows by up to 24 percent, but also increase murder and robbery rates. He found no statistically significant impact of background checks for handguns purchased through dealers, a result also found consistently in research by others. Enacting the assault weapons ban and instituting waiting periods did have one effect in his research: it significantly reduced the number of gun shows.

Mark Duggan, Randi Hjalmarsson, and Brian Jacob have conducted similar research looking at California and Texas (Review of Economics and Statistics, 2011). For Texas, they find that gun shows modestly reduce homicides and have no impact on suicides within 5, 10, and 25 miles of the gun show (see Tables 3 and 4).  If Duggan et al’s result is correct, the reduction in gun shows that Lott found from closing the gun show loophole may explain why closing the loophole could increase murder and robbery rates. Closing down gun shows is more likely to deprive law-abiding citizens of a relatively inexpensive source of guns than to prevent criminals from getting guns.  Disappointingly, while Matthay et al. claim that Duggan et al.’s are biased towards not finding statistically significant results, they fail to mention these statistically significant findings.

Las Vegas and Reno are where virtually all the gun shows are, and they have them every weekend.  Take Las Vegas between now and the end of the year: For a partial list for the rest of this year see: Oct 28-29, Nov 4-5, Nov 11-12, Nov 18-19, Nov 25-26 (multiple shows), Dec 9-10 (multiple shows), Dec 16-17.  To put it differently, every two weeks before period before a gun show is another show’s two weeks after period.  The four places with gun shows are Las Vegas, Reno, Elko, and Henderson.  But Elko is over 4 hours away from Reno so it would be excluded from their cases (60 and 120 minute driving time), and Henderson is literally right next to Las Vegas.
Most studies would look to see what happens to a relationship before and after laws are changed and how those changes compare to jurisdictions that hadn’t changed their laws over the same period of time.  For example, take states that had changed their background check laws and see whether there was neighborhood effect before the laws but not afterwards.
This panel data set doesn’t account for the most basic controls that try to account for geographic differences or differences over time (these are called geographic and time fixed effects).
Different time periods for the after effects in California from California and Nevada gun shows might be because of what the authors say, but when you are only dealing with two states and neither is changing any of its relevant laws during the period studied, you can’t know whether it is the different periods of time studied or something else that is driving the result.

“It’s poorly done research,” Lott told the Washington Free Beacon. “It’s one thing to spend money on research, it’s another to spend it on this type of thing with so many parts of it that just don’t make sense.”

Lott said he didn’t understand how it’s possible to conduct a study evaluating a two-week before-and-after period. Las Vegas and Reno are where the vast majority of the gun shows occur, and they take place nearly every weekend.

“Every two-week before period is another show’s two-week after period,” he said.

Critics also questioned why the study didn’t evaluate Nevada gun-related injuries, just injuries in California areas within a one- to two-hour drive of Nevada gun shows.

“Firearm death data is readily available every place,” Lott said. “I assume that injury data is also available there, but they have no explanation for why they only look at Nevada’s effect on California and not on Nevada.”

Lott also pointed out that most studies try to see what happens to a relationship before and after laws are changed and how those changes compare with jurisdictions that haven’t changed their laws over the same period of time.

“Different time periods for the after effects in California from California and Nevada gun shows might be because of what the authors say, but when you are only dealing with two states and neither is changing any of its relevant laws during the period studied, you can’t know whether it is the different periods of time studied or something else that is driving the result,” he said.

Still, the researchers conclude that Nevada gun shows translate to more firearms deaths or injuries in California. The study does not establish whether the guns involved in those injuries were acquired through the gun shows or through other means.

Despite the lack of a direct link between the firearm responsible for the injuries in questions and gun shows, Matthay said the study “suggests that travel to less-restrictive states may threaten the effectiveness of firearm laws within California.”

“When a less-restrictive [state] is next to a state that is more restrictive, there may be spillover effects,” she said, although she noted that “more research is needed to know for certain.”